If you have lived any kind of life, you will sadly recognise that moment when you feel utterly alone, despite being in someone’s arms. The subject of unfulfilling relationships provides the backdrop for ‘No Love’ the new single from Sydney based soul singer-songwriter Jeyaia (pronounced Jay-uh).

Jeyaia is no stranger to RCM, her debut single ‘Rising’ immediately caught our attention and we quickly installed her as one of our First Signs of Love Featured artists. A feature dedicated to those moments when we think we’ve just discovered something truly special.

It seems almost ironic that following ‘First Signs of Love’ she releases ‘No Love’ but we’re not taking it personally! What’s clear is the early excitement we felt around her first release carries forward into her second.

No Love was written in 2019 by Jeyaia and brought to the studio a few years later to be produced by Sydney based singer/songwriter, multi-instrumentalist and producer Chelsea Warner. 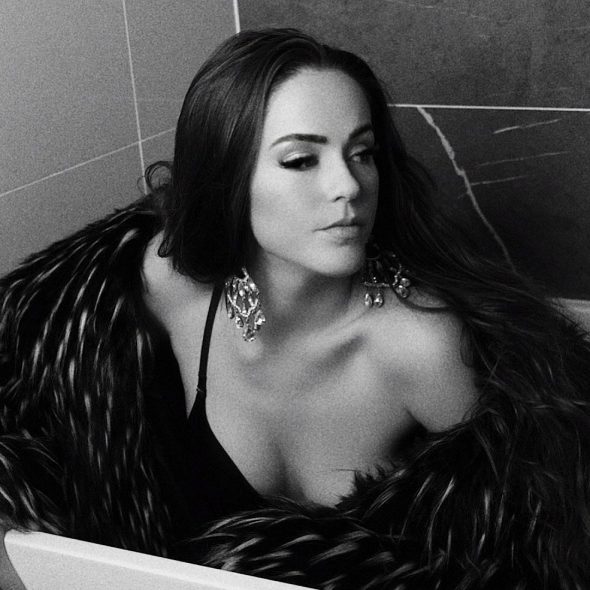 “I knew Chelsea was the perfect producer for this track. We bonded over our mutual love of 90’s R&B and Chelsea just got it. She felt the energy of the song and helped me bring it to life.” – says Jeyaia.

Jeyaia’s honeyed vocals transport us to a time when Aaliyah was insisting ‘Age Ain’t Nothing But A Number’ and Mariah was in her ‘Fantasy’ era pomp.  It’s the perfect sultry late-night listen with noise-cancelling headphones. Immerse yourself in this track.

The accompanying video visualiser (the full video is coming soon) could be interpreted in a couple of different ways. That moment when you get all dressed up for someone who lets you down, or simply that moment when you get back from a night out when you expected more, and are left alone with a glass of wine and your thoughts. Either way, Jeyaia sizzles in her role as a seductress in waiting. Whoever let her down will be left rueing the way it turned out.

“We spend so much time in unfulfilling relationships, blaming the other for not loving us the way we want to be loved when really, this connection holds the key to us learning our greatest life lessons. Love is a journey of self-discovery.” Jeyaia

It’s clear that Jeyaia uses her music as a form of powerful self-expression and enlightenment.  “I believe that when we share our truth, from the heart, without filtering ourselves, the rawness of this truth heals others who recognise this feeling but have not had the courage to speak this same truth for themselves.”

English born singer-songwriter Jeyaia lives, breathes and sings soul. Growing up with both parents in a blues band, music has always been in Jeyaia’s blood. Her earliest memories involve riding in the back of the van among the instruments en-route to gigs, before dancing under the stars on long summer evenings. Jeyaia grew up listening to soul, blues and jazz and her early influences include Ella Fitzgerald, Nina Simone, Lauryn Hill and Etta James.

Jeyaia’s own journey has been one of self-discovery, with music playing a monumental role in the realization of her life purpose. Stepping up to her empowering mission to be a voice of truth and inspire deep soul-awakening through her music.

The first signs of love are continuing to grow with each release.

Snowfish Brings All The Feelings With ‘Maybe’