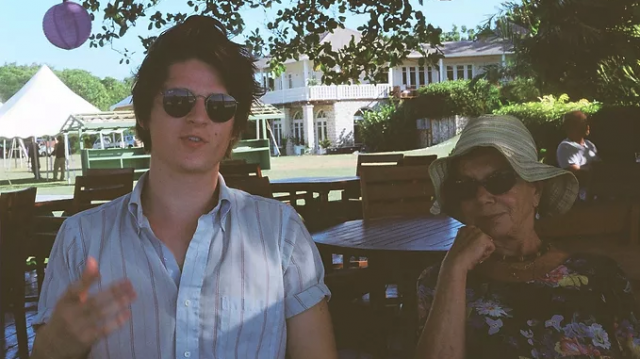 Dash Hammerstein is a truly unique artist, with so much to offer that you’ll be surprised by his music with every new track. A modern-day Mac Demarco, this film composer, songwriter and producer from Brooklyn, New York is the whole package when it comes to interesting sounds and audio explosions.

Dash Hammerstein made his way into the New York City indie scene in the early 2010s, with a raw, loose and melodic sound that caught the attention of indie nerds deep within the scene. Later, he toured America with singer Elle King, opening for bands like Of Monsters and Men and performing extensively in the New York City area.

A post-punk pop Frankenstein of voiceovers and blends of different sounds that create an ultimately stunning and profound outcome.

Now as an established film and TV composer, Dash branches out into neo-classical minimalism with his many projects and music releases. He’s become known amongst his fans and followers for his vintage pop sound, and his latest single ‘Her Style is Laura Ashley’ is a post-punk pop Frankenstein of voiceovers and blends of different sounds that create an ultimately stunning and profound outcome. The track even features lyrics sung by his grandmother and an interesting saxophone feature that blows the song wide open. All in all, it’s an unforgettable and enjoyable listening experience that I would recommend to anyone who loves something unique.

First Signs of Love No 217 Nokomis ‘In Waves’

Jack Hinks Takes On Depression With The Emperor