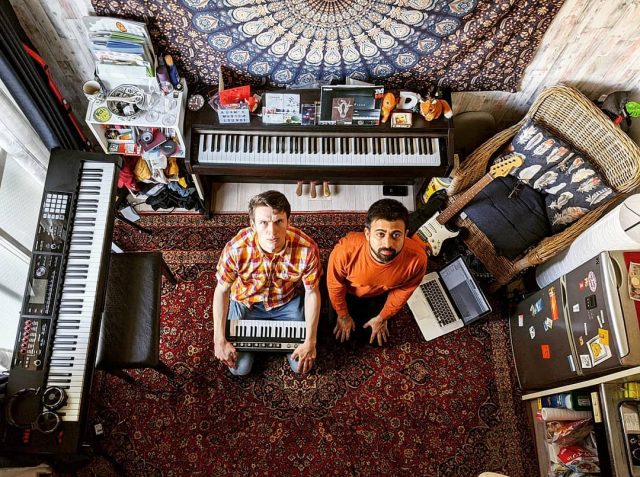 Is there a word for a musical genre that reminds you of some kind of human simulation video game? Sim-pop? Something about The Sitch’s ‘Unread’ gave me some strong Wii vibes, and I mean that as a sincere compliment because the Wii music has been stuck in my head for a good decade now.

Anyway. It’s a strong, individual start for a debut single, from a duo that is nothing if not eclectic. Based in Japan, ‘The Sitch’ comprises Adam J Kennedy from the UK, and Suprateek Chatterjee from India, who combine keyboards, synths, and even a clicking sound (a typewriter?) on ‘Unread’ to create an accomplished piece of indie-pop. I particularly enjoyed hearing them share the vocals, one wistful and sweet, one gutsy and raw, but both pitch-perfect.

‘Unread’ is a thoughtful yet danceable tribute to the breakdown of a relationship.

‘It’s a little peculiar, it’s a little strange, how one day you were there and then were never seen again’, opens the chorus, bittersweet but never losing warmth. But the precisely crafted production saves it from flying too under-the-radar. Bubbling synths and handclap drums keep the groove going under some dextrous lounge-jazz keyboard, with some occasional funky harmony thrown in for good measure. It’s a distinctive sound, but with a healthy dollop of 80s grooves and math-rock precision for the nerds out there. With the promise of several songs already finished, I will definitely be keeping an eye on the progress of The Sitch, and if their live presence is as unique as their sound, they’ll be a force to be reckoned with. Japan is a little far, so for now I’ll simply turn up this track and maybe play a little Wii Golf.

Discover more from The Sitch