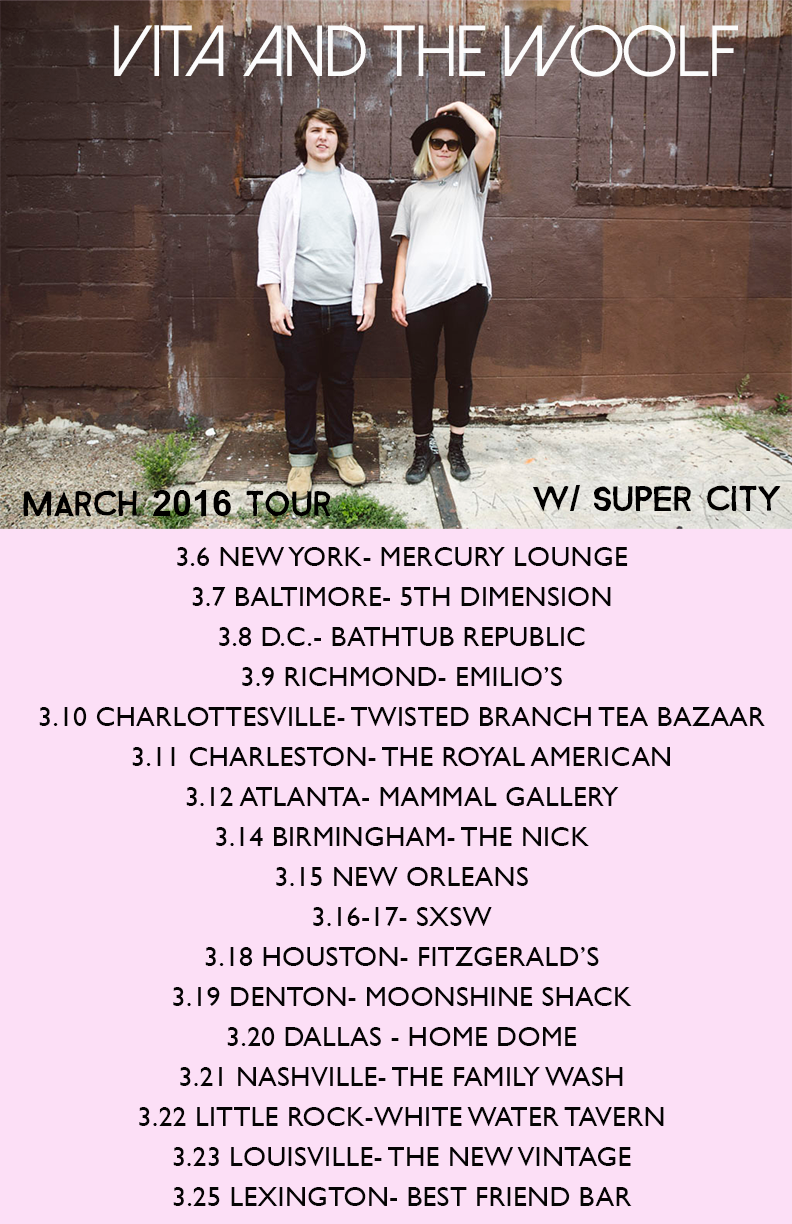 We discovered this week’s First Signs of Love featured band during our recent trip to New York.  Named after the well documented affair between writer Virginia Woolf and Vita Sackville-West, Vita and the Woolf are a two piece from Philadelphia led by the vocal force of nature that is Jennifer Pague. She’s frequently compared to Florence Welch and in the time it takes to listen to new track ‘Brett’ you’ll understand why.

‘Brett’ is taken from the forthcoming album TUNNELS and starts with Portishead-esque electronic drum beats and the line. “If I could get away from lies, I’d try it on the best kind of guys. I would take them for a ride, then hide away to watch them die.” You’ve been warned, this Woolf really does have a bite!

As the track progresses the vocal power intensifies, accompanied by a delightful synth fuzz and powerful drums, Brett builds to a thrilling crescendo a genuine statement of intent. While you are waiting for the new album, take time to check out their debut album Fang Song which was released in 2014.

Last night they launched the single with a show in New York at Mercury Lounge. This show marks the start of a three week East Coast, South and Mid West tour which leads them to SXSW.  Along with only a drummer in the live setting, you may be surprised how exceptionally thrilling and impactful the the sound can be.