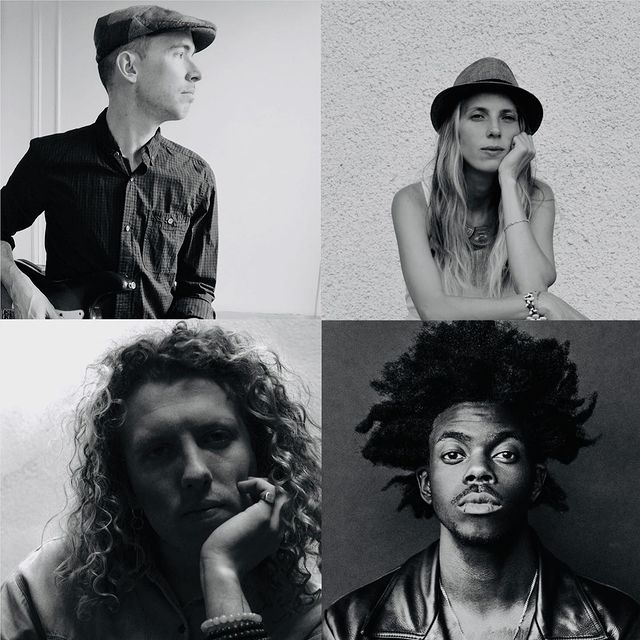 If you’re the kind of person who has a soft spot for classic soul, old-school jazz, heartfelt blues and a smattering of space science, then you’re going to like Peak Futures.

The London-based band – made up of Chris Hills (founder, bassist, guitarist), Sara De Santis (piano), Joe Bernie (vocals), Pauli the PSM (drums), Eva Brooks (vocals) and Rebecca Freckleton (vocals) – makes authentic music that speaks to lived experiences. For example, their latest single ‘Broadway’ puts the listener directly in the heart of a busy New York City street while simultaneously placing you in the shoes of the narrator and their stream-of-consciousness. We can presume we’re tuning into a memory from British musician Chris Hills’ who lived in New York for twelve years.

“I lived in New York for 12 years – arriving there like so many others with hopes and dreams. When Joe [Bernie] wrote the lyrics over some progressions we had they resonated with me on so many levels. It’s about a character who comes to the city struggling to make a new life, but who is still tied to their past. Like the generations of musicians that went before me, living in New York had an influence on my musical sensibility that’s hard to overstate.”

You really can hear the New York jazz and blues right throughout ‘Broadway’, giving it a layered richness that might otherwise be absent. We hope to hear more like this in the band’s upcoming debut album, Colours of the Sun, out on May 21st.