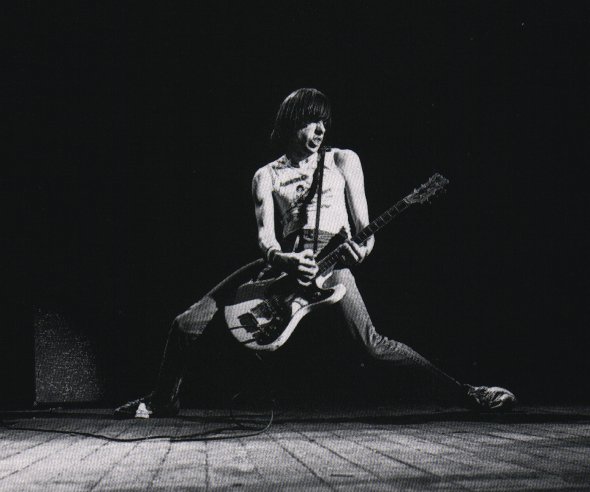 Punk rock is one of music’s most iconic genres. As such, many of the individuals who have made their name in the world’s biggest punk rock bands also hold this status. Although punk rock is a genre that developed into a global phenomenon through the 1970s, the sounds of that era continue to be strong today, with many of today’s musicians even struggling to live up to the standards set over 40 years ago in some cases.

That said, today’s musicians are often the first to pay homage to the past, and will usually be honest enough to say that they’ll never be as big as the legends of the original punk rock era.

While we’d probably be a little kinder and give at least some credit to the musicians of today, who cannot be faulted for taking inspiration from the past even if they do struggle to replicate past successes. The freshness and audacity of punk rock isn’t the same now as it was back then, but it’s still brilliant.

Here is our own homage to punk rock, with a rundown of the top five punk rock guitarists.

The Velvet Underground were undoubtedly one of the founding fathers of punk rock, and some even credit them as being the founders of the genre, given they were around in the 1960s while many of those who would attain punk rock stardom were still at school.

Perhaps the fact The Velvet Underground weren’t a great success during their initial run has something to do with this, but Reed’s later success as a soloist marks him down as arguably the greatest punk rock guitarist of all time.

Reed’s death in October 2013 was met with tributes from across the entertainment industry.

Lenny Kaye isn’t necessarily a name that will be known to everyone, but his influence on the punk rock genre and beyond stretches much further than a relatively modest discography would suggest.

He is predominantly known as the guitarist for Patti Smith, but has also worked with, and been credited as a major influence by, the likes of R.E.M. and Soul Asylum. Kaye is usually regarded as more of a standard rock guitarist, and is often credited as having founded the “garage rock” sub-genre, but his influence on the world of punk rock is undeniable.

It is impossible to have a conversation about punk rock without including legendary group The Ramones. The biggest shame about any conversation about the group is that they never got the acclaim their music undoubtedly deserved. At the same time, as punk rock rebels, it is questionable whether they would have wanted the fuss and adulation that comes with fame.

While The Ramomes were very much a no-nonsense group and didn’t set the world on fire in terms of innovation, it is in this that their genius is confirmed. They kept it simple while others were trying to reinvent the musical wheel.

Another staple group of the punk rock era was The Sex Pistols. When you speak of this group, you usually speak of Sid Vicious and Johnny Rotten, but without Steve Jones’ exceptional guitar playing, it is arguable whether the group would have seen any success at all.

While Jones is known well enough to not be called an unsung hero, he is definitely worth more adulation than he receives today. Jones is still playing to this day and also plays DJ sets on occasions, but you probably wouldn’t hear him being called “the guitarist from The Sex Pistols.”

Don’t worry, punk rockers, we’re not talking about the Kaiser Chiefs’ lead singer – even he’d admit that punk rock guitar genius is beyond his own considerable talents. We’re referring to the Ricky Wilson that was the original guitarist in the B-52’s, who are famed for Rock Lobster and numerous other era defining hits.

The influence of Wilson is still present in the B-52’s work today, despite his death from AIDS related illnesses in 1985, and his legend lives on among punk rock connoisseurs, too.