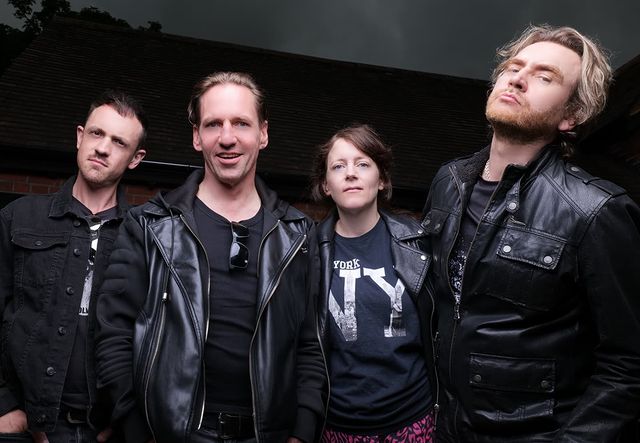 The Lunar Keys burst into life with their latest single ‘Stop This’ which manages to give a slice of classic alt-rock with powerful vocals, fantastic melodies and stellar variation.

The Lunar Keys – Stop This

Rising Stars, The Lunar Keys have had quite the success with their previous singles, having been featured on BBC Introducing and longlisted for the Glastonbury Festival Emerging Talent 2020. The band are certainly not losing momentum with their latest release Stop This which saw The Lunar Keys partnering with John Davis, who has worked with icons such as U2 and Royal Blood, for mastering.

‘Stop This’ is a fantastic blend of contemporary music and killer alt-rock anthems. The Lunar Keys are able to form a track that they take in their own direction through their expressionistic style. ‘Stop This’ has delightful dreamy undertones to it that ripple throughout the track which are supported by strong vocals and a confident input from the band.

Speaking of which, big props to the band for blending smoothly together, as there never feels like there is a player who is minimised. They also manage to present one of the catchiest tracks as of late, it is effortless with the right balance of simplicity and creativity for a single that is easily enjoyable for both veteran fans of the genre and newbies.

As a welcomed addition, for the first 250 airplays of ‘Stop This’, The Lunar Keys are pledging to donate £1 each time to the music therapy charity, Nordoff Robbins.

Discover more from The Lunar Keys

The Lunar Keys Will Leave You Breathless With ‘Oxygen Type’

Get Tangled Up With Birdeatsbaby ‘Ribbons’