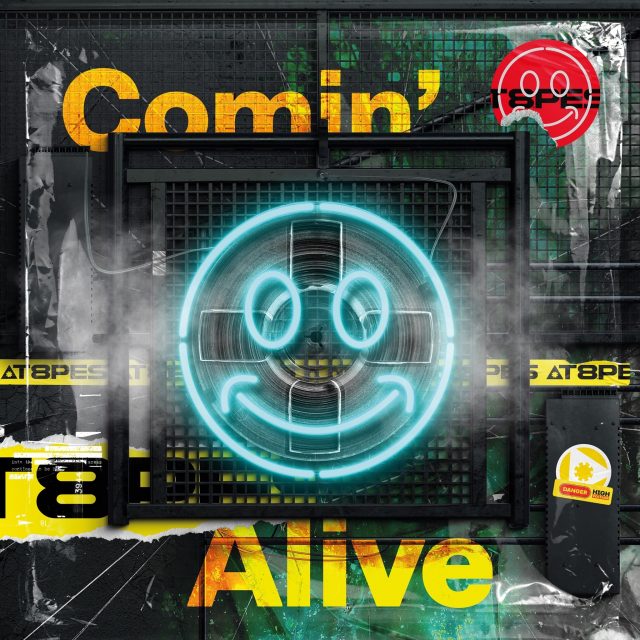 T8PES returns with ‘Comin’ Alive’ and gives summer 2020 the shot in the arm it so needed.

Comin’ Alive feels like the official start of the summer. With production from Walsall based Burt Von Dirt and featuring the outstanding vocal talents of Birmingham songstress Rhianna Keane.

Comin’ Alive comes in the wake of previous single ‘Wake Up’ which featured A-List Grime emcees Sox & Vital. Not content with one release T8PES has dropped an additional set of remixes featuring Burt Von Dirt, Mike Lazy and Birmingham producer ENiGMA Dubz who has taken Comin’ Alive and hit it straight out the park. On the hottest day of the year, this absolutely sizzles.

The man behind T8PES is emcee/producer Jimmy Davis. Jimmy has toured the UK & Europe extensively, graced huge stages at venues such as Brixton Academy & Shepherds Bush Empire, is a 3-time performer at Glastonbury Festival, and influenced a young Ed Sheeran. Ed cites Jimmy as a major inspiration on him and the pair remain good friends to this day, regularly jamming together backstage at some of Ed’s huge shows worldwide.