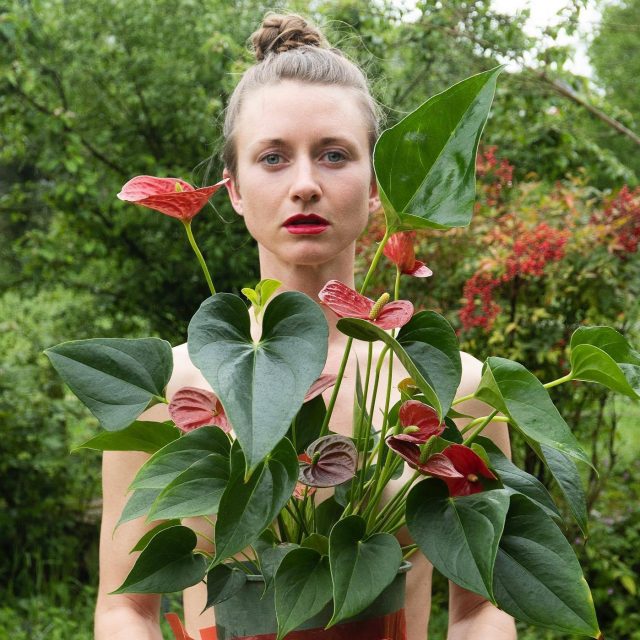 Wrapped in a delicious synth wall that accentuates its quiet, introspective lyrics, here comes StanLei’s latest single “Love + Belief”. This is the third and final release off her upcoming debut album AIPOD, out in July.

The song is led by an echoing synth hook accompanied by her staccato vocals, creating a contemplative atmosphere of self-reflection. A masterful trip-hop number, this one is mysterious and enigmatic, but still sweet and welcoming, which is reinforced by StanLei’s velvet voice, whose delivery exhales both vulnerability and assertiveness.

This girl is carving her own self-confidence right now, out of each stumble and fall on her way. “I learned to seek refuge, instead of dancing with the tide”, “I learned to perform for you or anyone that might love me”, she whispers enticingly, sharing her personal tale with anyone who might be in need of finding their own inner strength. Witty and insightful, StanLei seems to realise that her own struggle is not all separate from society’s rules and impositions. “In this generation, we’re breaking the chain”, “We will get free with love and belief”, she adds as a nod to several other girls who might be facing similar journeys.

Jennifer Stanley Smith has been feeding on some of the finest music since childhood, having studied cello early on and swum in the sea of electronica that bathes her then adopted home of Bristol. Born in London, she has travelled the world as a seasonal worker and is currently based in Toulouse, France. Her first two singles “Wild Womxn” and “Wake Up” received rave reviews from indie music blogs, the latter receiving airplay on France Bleu Occitanie and BBC Introducing in the West.