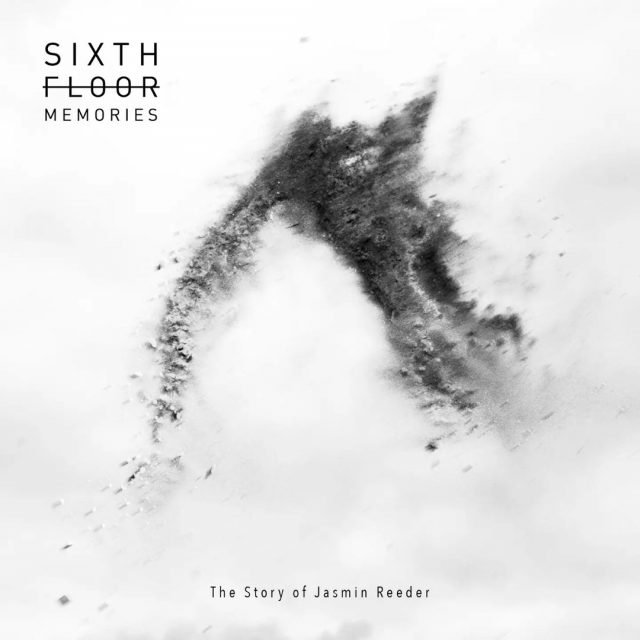 It is always refreshing to listen to an album that offers, in addition to great music, reflections. Such is the case with The Story Of Jasmin Reeder, the latest release by Sixth Floor Memories.

The album, lyrically and conceptually, focuses on the faults and struggles of a fictional character named Jasmin Reeder, with each song adding a new chapter to the narrative. This approach shares some similarities with Aqualung (an album by Jethro Tull, one of progressive rock premier acts), which also has its title character present in some songs. And in a way, Both Aqualung and Jasmin Reeder (the characters) bring up some themes pertinent to their times.

And in the case of Jasmin Reeder, the reflections directed at the title character relate to our own anxiety and apprehension as we learn to live and coexist in a post-pandemic world. Fortunately, these relevant considerations are propelled by the incredible songs that the album offers, like the pulsating synthpop number “Now I Explode”, which kicks off the record in first-rate fashion and paves the way for the album’s defining moments: the post-rock tour de force “Innocent” and the extraordinary indie rock-cut “Love Is No Game” (also reviewed by the Right Chord Music Blog).

Hauntingly Beautiful, The Story Of Jasmin Reeder is an album full of both rich textures and compelling themes.

“Still Seeing Things” and “How Everything Resolves” are also highlights of the album, which also draws attention for its dazzling cover art, one more aspect that enhances the whole listening experience. Given the facts presented, The Story Of Jasmin Reeder marks a very important milestone for such a promising act’s career. We are hoping for even more, and Sixth Floor Memories can certainly deliver it.

Sixth Floor Memories is a solo project by Sander from Tilburg, The Netherlands. Without an active band, Sander produced and mixed an EP on his own in 2018. As a result, Guitars, Electronics and Thoughts About You eventually contained six songs, each featuring melancholic vibes across various genres. After the release, the musical endeavour continued throughout 2019, during which multiple singles were released. The variety of musical influences that Sixth Floor Memories hinted at on the debut EP was expanded on The Story Of Jasmin Reeder, which features the mentioned singles as well as six more tracks. Elements from genres such as indie rock, post-rock, synthwave, dream-pop and more are present on the album. Mastering and mixing were completed at the London-based studio Noize, by mastermind producer Fabio Lendrum.