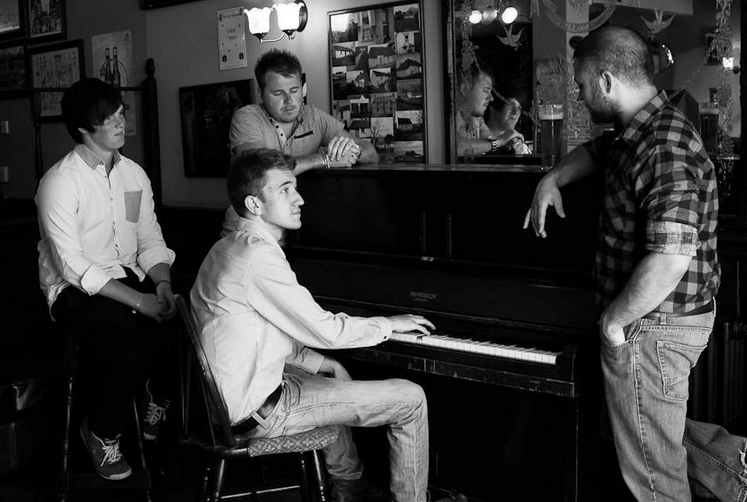 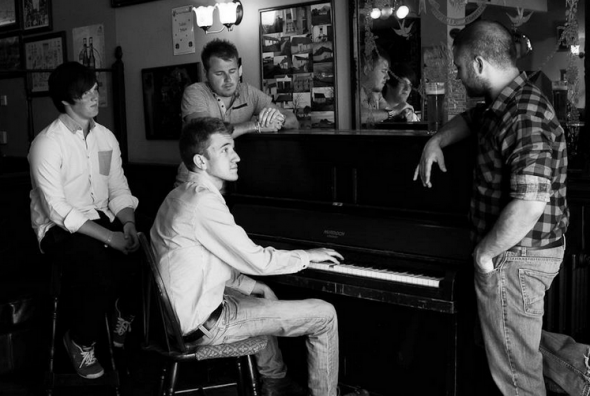 We caught up with former band of the week The Fallows to find out more about the Coventry music scene and their foot-stomping folk sounds.

Who are The Fallows? The Fallows started with Pete and Ross performing some acoustic covers and their own material at a few pubs around Coventry, Ross providing the main vocals and guitar with Pete adding harmonies along with some keyboard melodies. After some great feedback we  started taking the song writing more seriously and met Sam through a mutual friend who added some melodic bass lines to the original material, The Fallows were then born, as a 3 piece we were playing many gigs through 2010-2011, eventually stumbling upon Neal at a festival we played. We knew straight away Neal would be the ace up the sleeve of the band with his incredible fiddle playing along with many other instruments in his repertoire. That created the full 4 piece lineup of The Fallows today.

You’ve said that your music is best heard live. What’s been your best live moment so far? The best live moment for us so far was playing on Balcony TV in dublin, followed by a day of playing street music in the city. In England, it was playing our album launch show at the Kasbah in Coventry. The room was packed and the sound was great. The atmosphere was one I’ve never felt before, we loved it.

You released your debut album ‘Face The Wolves’ in March, what’s the response to the album been like so far? Yes we released the album in March to  a great response. We have shifted a large amount at gigs and through online retail, but the best response has been from reviews in magazines and online music sites.  We are very proud of the comments and kind words being said about The Fallows right now.

You are from Coventry. What’s the music scene like there? Any new bands we should be aware of? Coventry’s music scene is as diverse as ever. It’s great to hear different music in every corner of our city, but it can be hard to create a scene as the styles are different. You may end up with the same few bands playing the same venues alot instead of a larger scene being created like in London or Liverpool.  There are some cracking bands on the scene in Coventry; two that stand out every gig are Flygone, and the Shackletons –  great lads and great music.

What music are you listening to at the moment? At the moment, the music on the iPod is the Avett Brothers, Ben Howard, King Charles and Regina Spektor.

You are signed to 4Real Records how did that come about? What’s it like working with them? We were contacted by the label manager at 4Real Records after he received a demo. He called and offered us and EP deal.  We we were impressed with the labels confidence in us and support, so when they offered a one album deal we took it.  We are looking at a second album but have alot of work to do with Face The Wolves first. It’s going really well on the gig front, some great bookings getting larger venues and crowds as we go.

The Fallows. We Are The Hunted

What’s next on the horizon for the band? We have a full gig list for 2012 with several festivals in the summer supporting some great bands including Toploader, The View & The Pigeon Detectives to name a few. We are currently in talks with a production company about major radio release of our single “Front Row” which we hope will get us recognition over a wider scale. The Fallows are firing on all cylinders through 2012 with the aim to make a good name for ourselves and secure some great opportunities in the coming future.