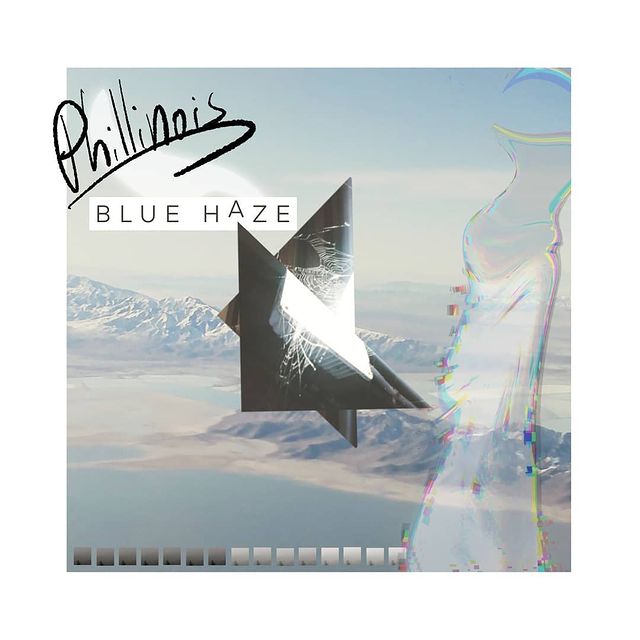 ‘House Red’ begins with glitching synths, like some futuristic record skipping. Jagged piano chords flicker in and out, and Phillinois’ gravelly vocals muse flippantly over his ‘melancholy…sweet like honeydew’. Whatever house the title refers to, we’re inside it now, and we’re a captive audience to every weird thought he’s having.

It’s a fascinating journey that has led Phillinois, a.k.a Phil Gerigscott, to this point. Based in Portland, this track and its album ‘Blue Haze’ mark his return to music after a five-year hiatus. When chronic illness and pain reared its head almost a decade ago, affecting his ability to play the guitar, Gerigscott’s whole relationship to life and music was changed. But it has also given him a wealth of experience to draw on, as evidenced by his new releases.

‘House Red’ is an Avant pop stream of consciousness, overflowing with layers and samples, and a window into the isolation of the human soul, even when we’re with the ones we love.

The first section is all layered vocals, tense humming, and what could even be sexual moaning – every shifting mood within a relationship seems represented here. There’s a sudden joyous lift in the mid-section, with an 80s new-wave flavour, as Phillinois ecstatically cries, ‘You’re a human unless you’re tested!’. Then it all crashes down in the finale, chaos ensues, sounds overlapping as if every device in your kitchen has just gone off. It’s challenging, and it’s certainly not direct, but Phillinois is a master of achieving mood and tension. Anyone looking for something new and intricate should give it a listen.