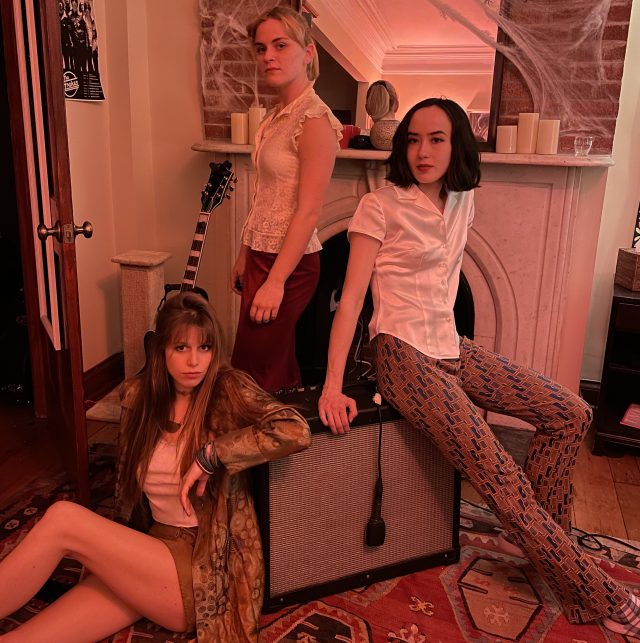 Based in New York City, MayQueen is a brand new all-female indie rock trio, with a vibrant and effortless energy that is reminiscent of iconic sounds of the 1970s and ‘80s.

MayQueen’s founder, Natasha Recoder, began writing music on her guitar with friends virtually, during the lockdown of 2020. Although Recoder works in neuroscience research, she found time to teach herself how to compose and record music. Lucy Horgan and Ariana Bowe of Spud Cannon joined Recoder soon after, forming MayQueen. The trio draw inspiration from the likes of Blondie, David Bowie, and The Velvet Underground.

The lyrics for the trio’s debut single, Worst Nightmare, was originally written as a poem by Marjolyn Megaloudis, a friend of the band’s. Recoder took inspiration from the poem, transforming it into a song. She originally wrote and recorded each instrument herself.

As Covid-19 restrictions eased, MayQueen were able to re-record their respective parts to create the final version of Worst Nightmare. The track has a unique sound, combining sleepy melodies with wilder bursts of vivacity. There’s an enigmatic energy about this track, with its beautifully written lyrics and whispery vocalisation that completely captivates the listener. Worst Nightmare would be the perfect anthem for a road trip to someplace new.