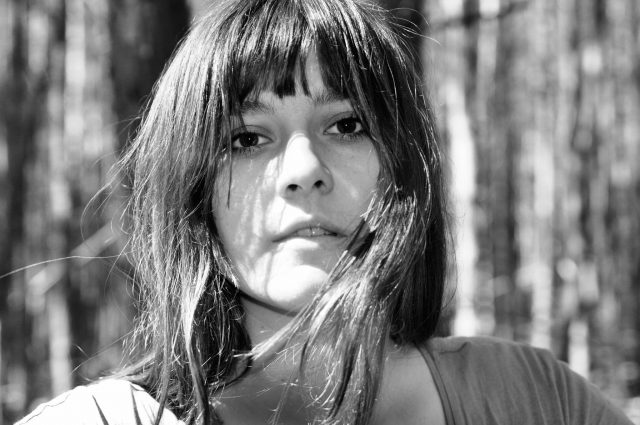 Modern folk artist, Lotta St Joan, released her self-produced debut single, Oh Boy, back in March 2020. The track went on to be highly acclaimed by the Berlin Folk Scene, and after her admission to The Famous Gold Watch Record Label Collective in October 2020, Lotta St Joan set about producing and recording her debut album, HANDS. Wanting to avoid the pressures of a professional studio, she opted to set up a cozy work-space in her Berlin home, where she recorded each of the album’s songs from March to June 2020, in the middle of the night, or whenever else the street outside provided her with the silence she needed.

Lotta St Joan’s latest release, Those Arms, is truly breathtaking. It is the second release of her debut album, and will leave you yearning to hear more of her spectacular work. Lotta St Joan’s soft, angelic vocals blend seamlessly with the gentle, sleepy melodies. The lyrics are raw and tender as they explore tales of lost love and the search for new truth, in a style that is reminiscent of classical folk icons such as Joni Mitchell and Joan Baez. Lotta St Joan also draws inspiration from contemporary artists such as Laura Marling, Lucy Rose and Daughter, which you can hear in her music. The atmosphere that Lotta St Joan creates within Those Arms, and her work overall, is comforting, healing and completely heartwarming.