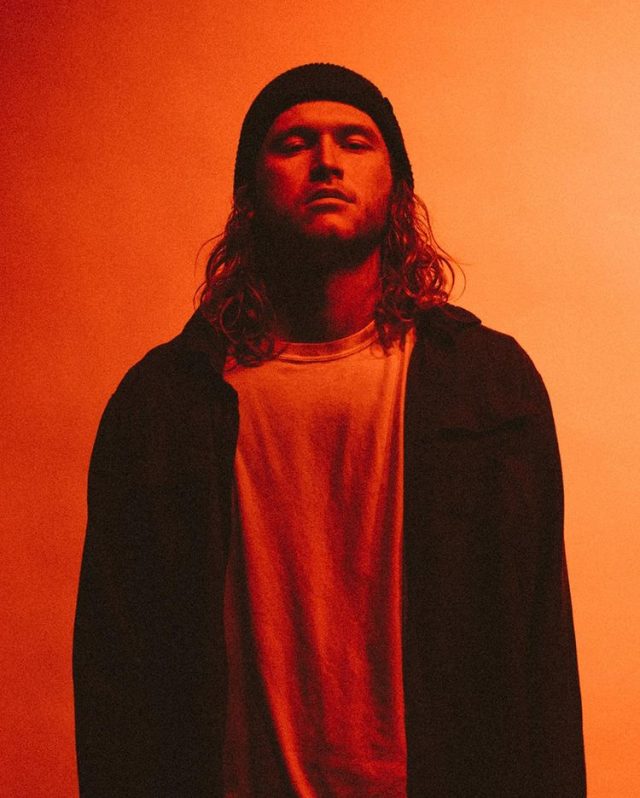 The first half of the album is as pleasant as a summer breeze, giving away good vibes only: guitar-driven tracks infused with magnetic pop elements build up the first chapters of the story. The opening track “Dust of Love” really sounds like a sunny day. The bluesy guitars, the choir-like backing vocals that recall Danny Zuko’s friends in Grease and the laid-back atmosphere all compete to create the perfect scene of “inevitable love” born in hot California.

The influence of DYLVN’s land is clearly audible throughout the album and for good: you’ll feel teleported in the hazy, sunny, blue-skies of Cali! The sonic realm that DYLVN creates just makes you feel good, the listening experience is nearly cinematic, and each track becomes a way to re-live beautiful memories or imagine new ones. The real gems in this half of the album are “Movies” and “Ready for Me”.

DYLAN’s songwriting manages to turn ordinary moments into something special and deeply meaningful. When you press play to “Eyebags” the atmosphere starts to shift: chords get more melancholic, DYLVN’s voice is rawer and more vulnerable,

I spend all my days knowing nothing compared

DYLVN’s version of the heartbreak is really suffered, exposing all the emotions of someone who’s given it all and now is left with nothing. The title “Falling Far From Home” is simply a metaphor to describe the way a break-up leaves you: lost, separated from everything you took for granted, a stranger in your feelings.

What’s love? I hate it

With this poignant verse, DYLVN ends the journey. The rollercoaster of emotions we go through makes “Falling Far From Home” a great album, for any season and any state you’re in.