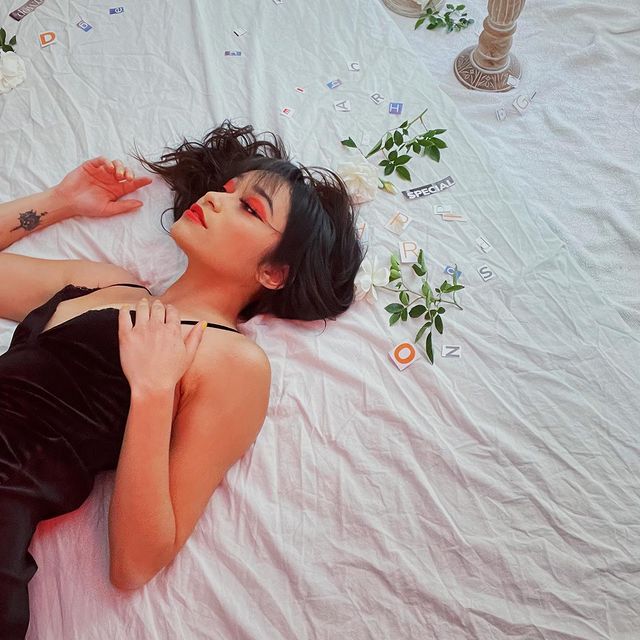 Even the coolest, ‘chillest’, most ambient funk-soul-trip-hop producer has a rocker inside them. Nothing quite expresses teenage rebellion, adult resentment, and general rage against the system like some crashing guitars and angsty shouty vocals. And since it’s about time that 90s grunge and 2000s punk-pop reared their head again, Madison Deaver’s latest release ‘That’s What She Said’ is perfectly timed.

Madison Deaver ‘That’s What She Said’

This track comes as the first release from Deaver’s freshman EP, ‘Tongue Tied’, a tribute to 80s and 90s female singers, with collaborators from both sides of the Atlantic.

“That’s What She Said’ is a kick-the-door-down grunge rock howl of frustration about a lover’s ex who just won’t shut up.”

Deaver’s powerhouse voice expertly communicates her direct lyrics to both her lover and the lady in question – “she says you’re coming back”, but gleefully reminding everyone “I got him, I got him going down”.

Opening with a moody organ, and building to classic rock crashing guitars and hard-hitting drums, it’s easy to imagine singing this into a hairbrush, or at a karaoke bar, or even during an ill-advised voicemail. With simple yet ‘sing-a-long-able’ punky melodies, fans of artists like Avril Lavigne, Letters to Cleo, and Gwen Stefani will find themselves in pleasingly familiar territory. Those with sharp eyes may even spot a drummer with No Doubt credits. Madison Deaver presents a strong offering with a classic identity that is sure to gain her fans.