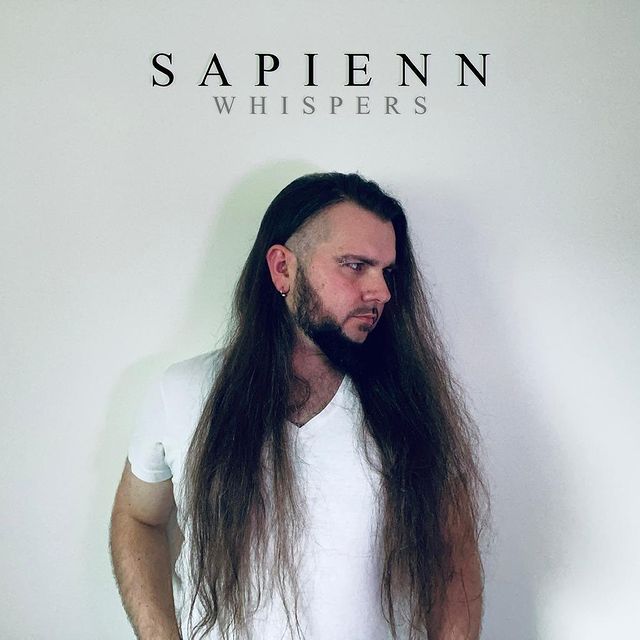 ‘Curse on my name, I’ll get over, leave me in chains, I’ll get over you’, begins ‘Whispers’ by Sapienn. At first, listen, it might seem like a classic better-off-without-you breakup song, but it’s a lot more complex and entangled than that, as it often is in real life. But hey, the synths are pretty.

Sapienn is the solo acoustic project from Glasgow based singer, songwriter and multi-instrumentalist Scott Simpson. Initially starting as a metal guitarist, he has adopted and experimented with multiple genres, and received some heartening radio play and exposures for his singles and albums thus far.

‘Whispers’ is a triumphantly melancholy ode to breakups, with a grand sense of style and space.

Simpson combines classic victorious lyrics – ‘I picked myself back up and turned myself around’ – with darker imagery that suggests it’s not quite as clean a break as we’d hoped – ‘Rotting away never felt this safe’ – all delivered in his melodious, appealing tones. The triple time signature adds a lovely swaying quality to his gentle melodies, too.

The production is pleasingly unexpected, with a rolling, bell-like riff, cavernous drums, and even a touch of some cinematic brass. There’s still Sapienn’s characteristic layered vocals and harmonies, but the whole track has a jangling, echoing quality – despite the sweetness, there’s a touch of the unearthly, almost sci-fi edge. Fans of the eclectic and genre-blending will find plenty to enjoy here. It’s a rich and satisfying piece, with enough interest for multiple listens – another solid step for Sapienn.