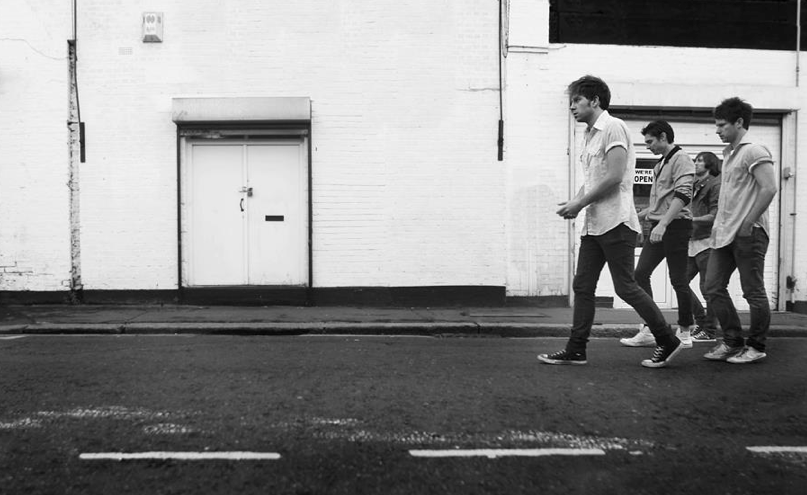 The Jude are a London-based rock n roll band. Les Filles Francaises is the follow up single to their debut release [Previously reviewed here] ’Ha Ha Goodbye’. This first self-release earned them recognition charting in iTunes at #75 and the iTunes Alternative Chart at #8 in April and led to radio support on XFM and BBC 6 Music.

The band describe their sound as “vicious skiffle” – punchy, energetic music to get you dancing, and ‘Les Filles Francaises’ is no exception.

It instantly takes us back to the first album excitement of Razorlight, before Johnny Borrell discovered tight white jeans and got all ridiculous, when the music was exciting and spikey.

Frontman Gav’s powerful Irish vocals soar over a jerky British rock ‘n’ roll sound. The song is an ode to all things French, from movies like ‘Breathless’ and ‘Bande à part’ to Brigitte Bardot and Francoise Hardy.

For fans of: Larrikin Love, Razorlight and The Holloways