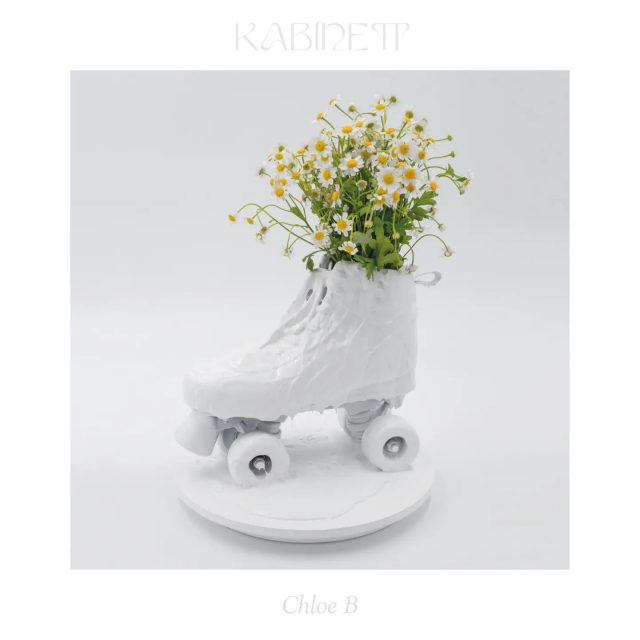 ‘There was a girl, her eyes were blue…’ – so begins ‘Chloe B’ by Kabinett, setting off a tale as old as time. ‘Chloe B’ joins the ranks of songs named after women – Roxanne, Joanna, even Sweet Caroline, the list really goes on – but adds a surname initial, presumably to make sure we don’t get our Chloes confused. It’s not a new concept, but here it’s pulled off by Kabinett with enough sweetness and surprises to be highly enjoyable.

Kabinett is a German five-piece, describing themselves as a mix of dirty garage rock, indie-electro and tight funk. Formed in 2019 though no doubt hindered by the pandemic, they can now release their debut single.

“Chloe B is a grooving indie tune with hints of psychedelia, dedicated to that high school crush who will always hold a rose-tinted place in your memories.”

There are some poignant images in the lyrics, with her ‘smile as sweet as summer blue’ and her ‘juice pack’, and there’s a wistful admiration of this mystery girl, who ‘won’t let them break her stride’.  Delivered in Josê Sommer’s easy vocals with a touch of gravel to them, it’s a sweet shot of nostalgia.

The production begins firmly in the electro camp, with a bright synth riff and ping-pong beats, but gradually relaxes into a more guitar-led groove. There are some dreamy, unexpected harmonic choices leading into a modulation into the chorus, with lush vocal harmonies and hints of psychedelia. 1970s bands such as ELO come to mind, as well as more recent ones such as The Feeling. It was a little unexpected, but held my interest and urged me to give it another listen, and I await with interest to see what Kabinett does next.