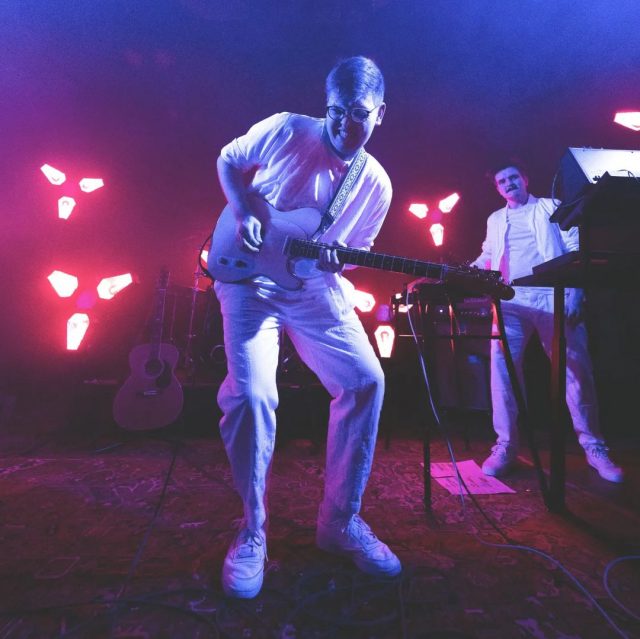 The title ‘Blueberry Lips’ may initially evoke images of some poor frozen girl, lips blue with cold. (No? Just me?) But in this case, the title of Kabinett’s latest release refers to the sweet, addictive taste of someone who you know probably isn’t good for you. Obsession tastes like blueberries – you heard it here first.

Blueberry Lips is another irresistible track from Kabinett, whose debut single ‘Chloe B’ gave them a strong start.

Kabinett is a German five-piece, based around Mannheim with an eclectic background in garage rock, indie-electro and funk. This latest single definitely leans more into the funk and electro aspects, to great effect.

‘Blueberry Lips’ is a funk-rock ode to the one you shouldn’t want yet crave to have and finds a sweet balance between modern coolness and retro influence.

The crafted lyrics describe love on the edge of madness – ‘your voice in my head is my favourite sound…the shocks you give keeps me alive’. The distorted yet assured vocals describe the titular lips as ‘a taste so divine you can almost feel it’ yet admits, ‘I wish I never tried it, sweetheart’. The melodies are catchily repetitive, saved from overkill by a modulation halfway through the track.

The production centres around a bass-led groove, dripping with funk alongside tight guitars. Electro-synth sounds also feature heavily, shifting between cascading chromatic melodies, and playful blasts. Despite the subject matter, there’s a joy that’s hard to resist, even as they throw in a saxophone solo finale that borders on the unhinged. Kabinett are shaping up to be a solid band – lookout, Berlin!