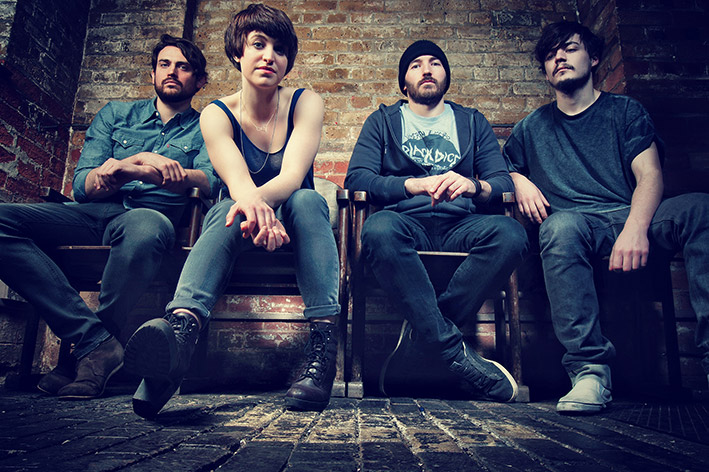 Epic, euphoric and ever so slightly eerie.  This is Hush by Hawk.

HAWK are an alternative indie band based in London. Julie, Matt, Chris, and Sam hail from various corners of the UK and Ireland.  Lead singer Julie who has been described as “a bit of the Bjork side of brilliant bonkers” (Artrocker), began collaborating with Matt Harris, as a solo project in 2012. After a year of garnering plaudits on the acoustic scene, the band gained support from DJs such as Steve Lamacq and Tom Robinson (BBC6Music). The pair joined with Sam and Chris to form HAWK, adding new edge and expansion to their sound, while retaining the detail and delicacy of their acoustic roots.

HAWK released their debut single ‘Take Off Your Suit’ in July 2013, to positive press. The Sound of Confusion described “the sharp, stammering beat and spiralling guitar lines” as ”inventive and classic all at once.”

Earlier in the year the band released ‘The Sum of All Things EP’ receiving support from across the blogosphere. Now the band are sharing the first track ‘Hush’ from a double AA single set for release on 30th June.