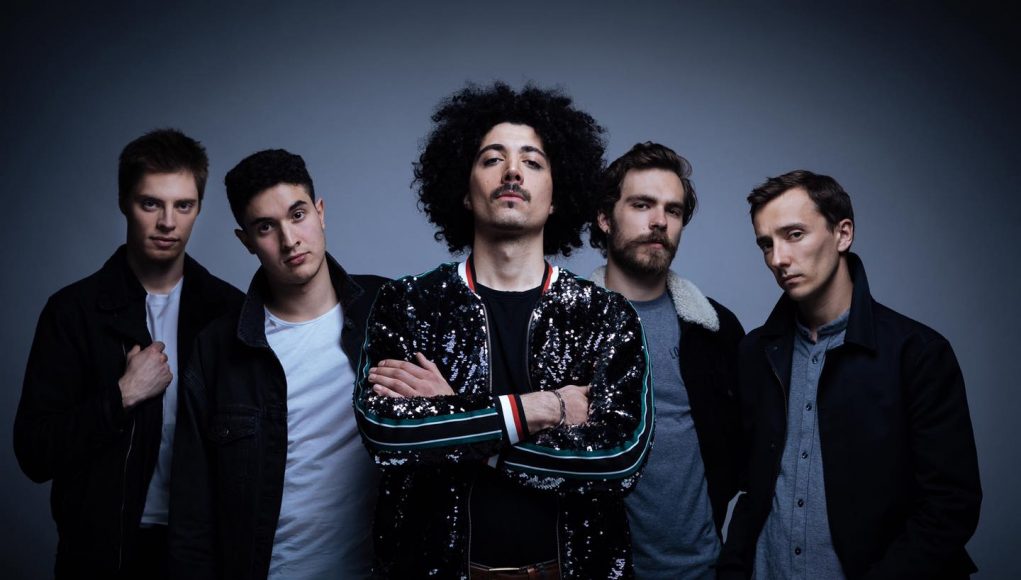 Fuzz Skyler are a five piece rock band based in London. Influenced by rock giants like Muse and Queen, their music encompasses driving rifts and catchy melodies. Today we bring you their debut single ‘Recall’.

There’s nothing wrong in indulging oneself in a generous dose of liquorice-flavoured, nutrient-free, hyper-manufactured pop every now and then (or even regularly!). And yet, let’s be honest, that’s not the kind of oeuvre that leaves a lasting impact. Great, history-making art exists in every genre, even the most commercial ones, and it always has that speck of sincerity, that visible spark of personal inspiration that shines through the veneer of production. Recall, Fuzz Skyler’s debut single , bursts into the indie rock scene as an unabashed celebration of this kind of passion-driven art making.

The moment lead singer Fuzz opens the piece a cappella, you know this will be quite the cheeky number. “Oh, what we’d do for a minute or two of fame”, deliciously utters his abrasive voice and is then quickly joined by the band, turning energy levels up to 100. The sound is pure classic rock revival with an irresistible electric guitar riff, fittingly aggressive percussion and bass and a classy piano adding that delicate extra flavour at the quieter moments. As proudly rock as a tune gets, Recall is a celebration of roots music that unapologetically strives to be more than momentary brain-numbing entertainment.

Obviously, this kind of commentary could not be made without a few tongue-in-cheek stabs at the music industry. “Music’s just a game that’s ruled by Simon’s reign”. Don’t take it personally, all you talent show-lovers. Deep inside you know this is true. Like Bing’s rant from Black Mirror, the song plays like a liberating shout of anger in the face of the industry!

The lads behind this gem are a promising multinational quintet: Fuzz, the British-Iranian singer and pianist, Mark, the British drummer, Dan and Kostas, respectively the Portuguese and Greek guitarists, and Arnie, the bassist from Lithuania. The single introduces a four-track EP which is coming soon.