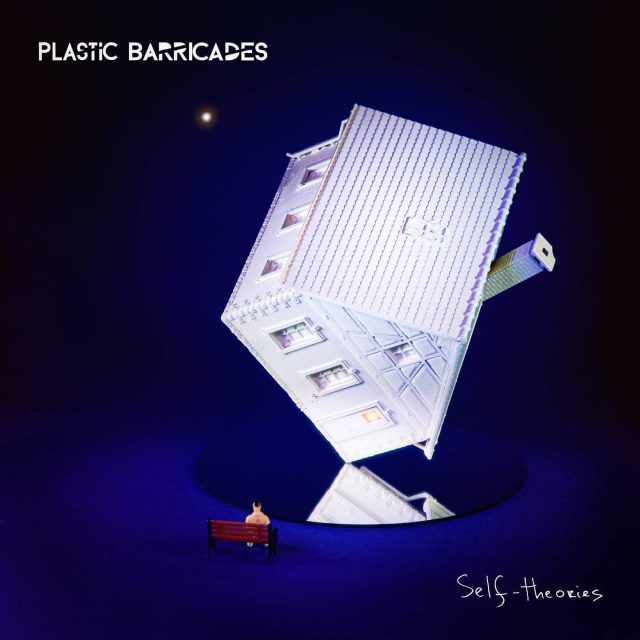 It is an album about despair and hope, anxiety and optimism, lack of self-esteem and the search for it. The brilliant tracks that make up the album are emotive and thought-provoking, each accompanied by a colourful and intriguing music video that is truly DIY. The video for “Tunnel” was actually filmed using a microscope, “Optimist” involved a cast of 300+ in a fish tank. “One For The Road” used footage from a road trip taken in the 1950s.

Elina Pasok was responsible for the album’s and track’s awesome artwork, whilst Paul Love was in charge of mixing it all, and Andy Baldwin at Metropolis Studios in London did the mastering.  The album itself was written and recorded in a backyard shed in North West London.

Speaking on the meaning behind their album, the Plastic Barricades have said: “many choices that may eventually lead to life-defining decisions are fuelled by our internal “self-theories”. We create and nurture stereotypes about ourselves from an early age, and these stereotypes shape our thoughts, feelings and behaviour for the rest of our lives. However, we are not what we think we are, we are what we do. We are our actions!”