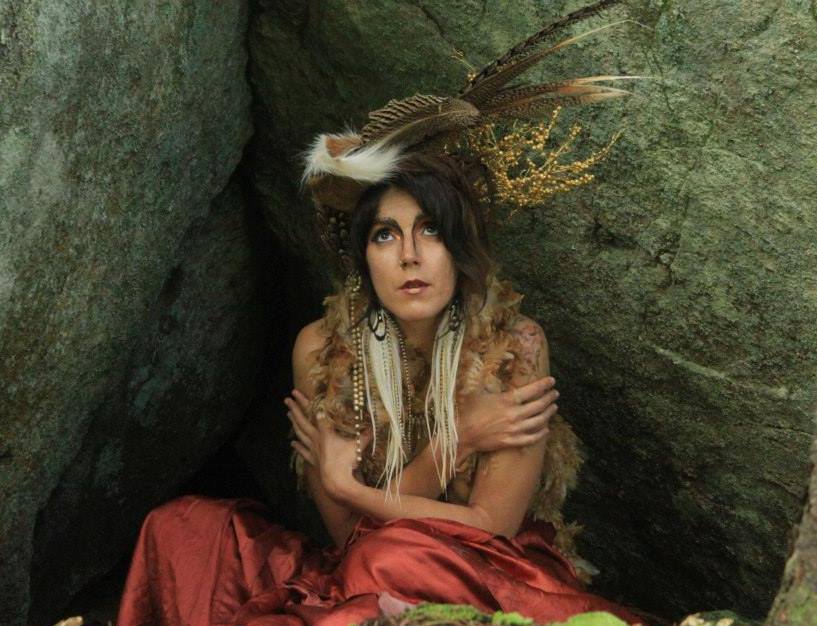 Born on the tiny Island of Guernsey to a Portuguese family, British singer-songwriter Nessi Gomes channels influences from both sides of her ethnicity, blending the essence of the traditional, emotional and ‘larger than life’ Fado folk music with British progressive modern inspiration.

Though spending most of her life in the Channel Islands, the turning point in Nessi’s musical expression took place six years ago when she lived in Central America. The years she spent away from her home shook her world and reshaped her writing. She shifted from the more obvious themes of love, loss and broken hearts to ruthlessly exploring her inner geography and the delicate fears, insecurities, beauty and light that she found there.

Her quirky and emotive voice began to reflect a brutally honest portrait of an inner world where shadows and light, sanity and insanity dance magically together; where mysteries are unveiled.

In October 2013, Nessi returned to the west with her deeply personal raw material and with a vision to record her songs onto an album. The task to slow cook the project was given to the Grammy nominee producer and film-maker Duncan Bridgeman (1 Giant Leap, Hecho En Mexico).

For the last two years Nessi and Duncan recorded her debut album inside a rusty little blue boat on London’s Regents Canal. Locked in the boat Duncan worked with great patience; Slowly opening a creative tunnel into Nessi’s inner world and peeling back layers of doubts and resistance. He took her sweat, tears and raw talent and transformed them into a complete album.

Following a successful fundraising campaign (April 2015) in which more than $49,000 was raised, Gomes toured 12 European countries (Mid July – Mid September 2015), sowing the seeds towards the release of her album and growing a devoted fan base.

The album reveals an authentic and heartfelt search for light, depth, hope and truth. It is a quest of art, love and trust. It fulfils Nessi’s wish to deeply touch and shake the audience, to stir and shift something within them, to speak of the uncomfortable so that it may pass, and to expose and sing the human experience to its fullest expression.

‘These Walls’ is the lead single from the album, Nessi’s distinctive and yearning vocals soar over a rich musical bed. The addition of strings gives this track a wonderful depth. It’s no wonder it has already caught the attention of ‘The Unsigned Guide’ and their April showcase.