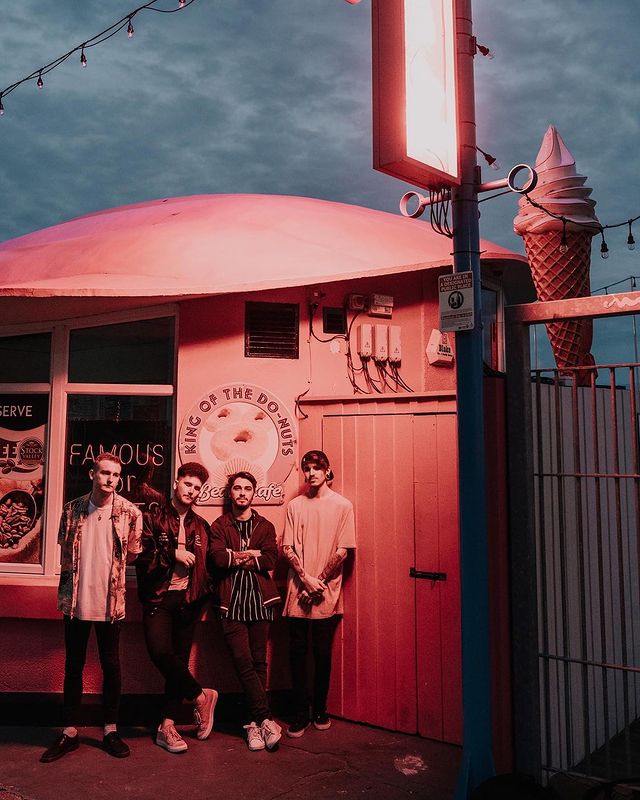 What do you get when you cross disco, dance and rock? You might be picturing some kind of eyeliner-ridden, strobe-lit, flared trousers, guitar mess, but as it turns out there’s a sweet balance to be found. And it’s what Palmist tackle on their latest single ‘If This Is Love’, taking lessons from their previous experiments in both synth-pop and arena rock.

Palmist – If This Is Love

Palmist is an Essex-based dance-rock band, and with two EPs already under their belt, they’ve had a couple of years to refine their sound.

‘If This Is Love’ is a little gem of a disco-dance-rock track, veering between dreamy and hardcore as it tells a tale of false love and temptation.

‘She said I should come over’ begins the story, delivered in gutsy vocals. It could be mistaken for romance, with lyrics like ‘You stirred the flame’, but becomes apparent that this actually a temptation outside of a relationship, with the boys resisting and concluding, ‘If this is love, then I’m not falling’. There are some pleasing influences from early 2000s bands with their rhythmic melodies and a modern edge.

The production cunningly threads several genres together, with those wavy pulsing synths, driving kick drum and funk guitar in the verses that could come from a DaftPunk track. But the chorus takes a sharp turn into rock, with those hard guitars to satisfy the shredders. The overall effect is a little disorienting, but lots of fun. Judging by the acclaim they’ve already received and their busy touring schedule, this is only another strong step along the path for Palmist.