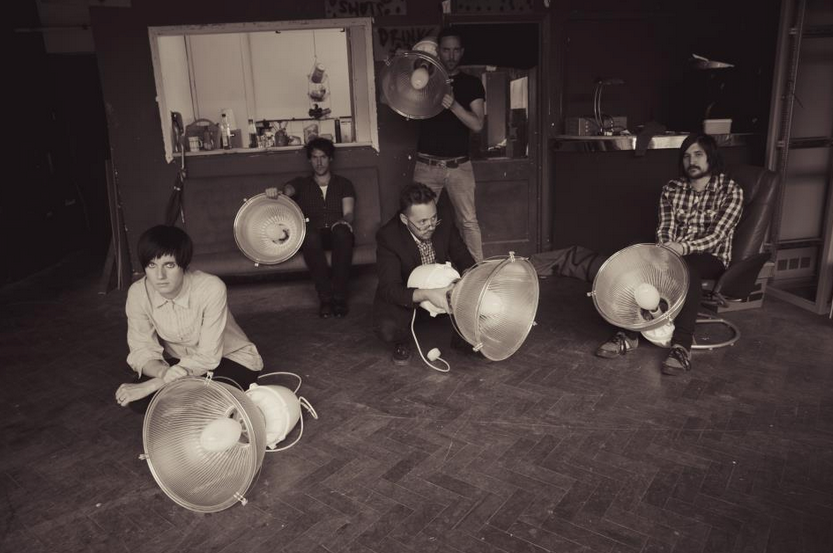 The Dark Lights fuse indie with electronica to stunning effect, combining epic indie delivery with layered soundscapes of beats and synths. They are our band of the week.

The Dark Lights – The Boy Who Saw Through Walls

This London-based Australian band of five are set to release their debut EP, The Boy Who Saw Through Walls digitally on the 4th of June. This is music to soundtrack a break-up. Never has a band name been better suited to perfectly capture this journey from dark despair to light at the end of the tunnel.

The EP kicks off with ‘The Eye’, a darkly voyeuristic slice of synth pop, before ‘Makers’ with its defiant refrain “You’re not my God” The journey continues with ‘Taking Thought’ a more reflective vocal “To find a pot of gold” ending with ‘I Keep Counting’ “I take back my own devices.”

The Dark Lights: ‘The Eye’

This is a band who aren’t afraid to experiment with instrumentation credits including ‘yells’, ‘weird effects’ and the intriguing ‘magic show’. This all combines to produce diverse and engaging layers which unravel throughout each song always interesting, entertaining and engaging.

Having been recorded by the band across two continents and mixed by Adelaide-based American John DeMichele, The Boy Who Saw Through Walls mirrors the merging of the two cultures, with guitar melodies drifting between the more classic and the more experimental while vocals remain passionate and energised throughout, set against a backdrop of synths and rhythmic drumming.

Having completed an extensive UK tour in late 2011, and pre-selling out their 7-inch single launch in their home base of London, The Dark Lights are planning another UK tour in September this year and an Australian tour in 2013, we suggest you make a date to see them.

Discover more from The Dark Lights