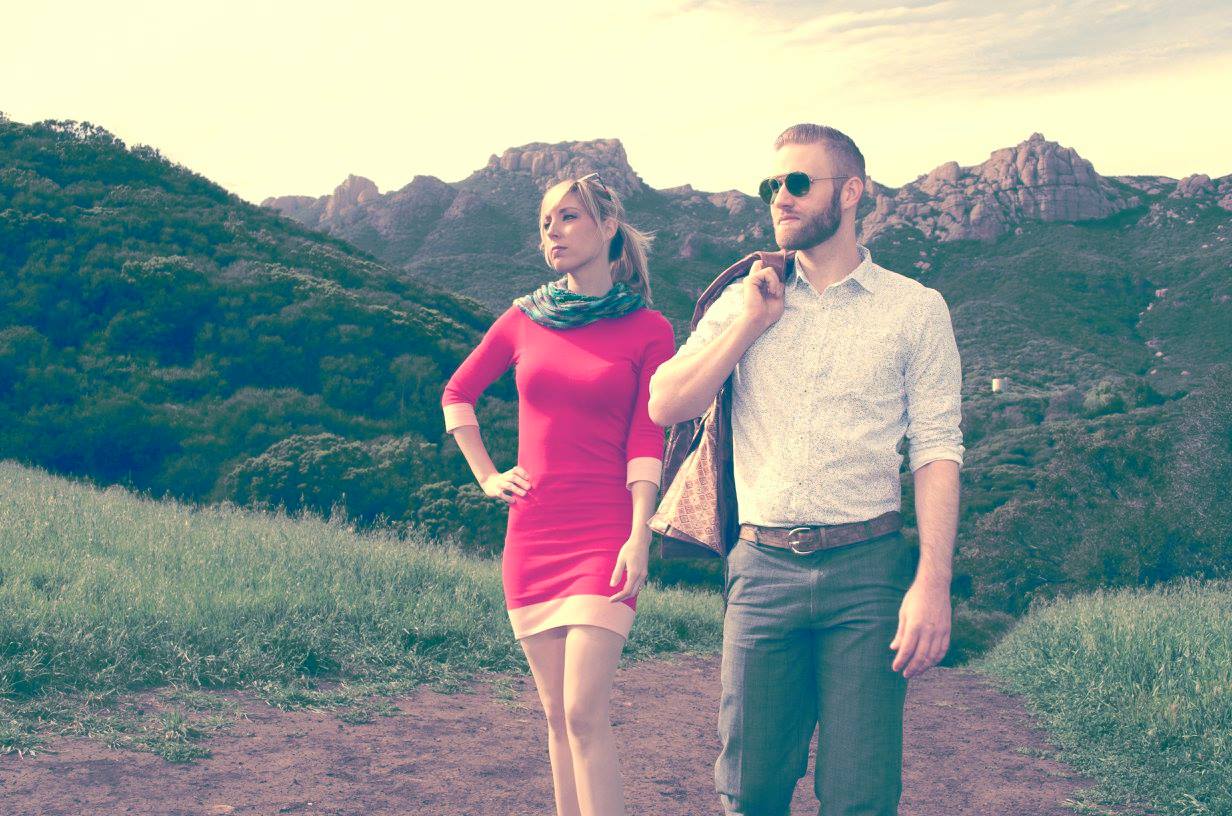 Leitbur (“light-brr”) is an unsigned electronic music project by real life couple Jaron Widman and Samantha Krzyston. Their debut, full length album Antique Travelers is out May 6th. If you are a fan of M83, Great Good Fine OK, or Chvrches read on.

Leitbur has its origins in Los Angeles, where Widman had been experimenting with sound and songwriting while studying film production at USC’s School of Cinematic Arts. After seeing the similarities between both disciplines, Widman began constructing his songs like his short films — each filled with autobiographical scenes, characters, and the occasional flashback or dream sequence. Widman uses the mood and tone of the 1980’s like a cinematographer, framing each song with care, to tell stories that are in equal parts nostalgic, sweet, and filled with pathos.

Later, Widman began collaborating with Chicago-to-L.A. transplant Krzyston, an aspiring psychotherapist and vocalist. Their romantic relationship caused Leitbur to become a film with two main characters. Soliloquies became conversations, and many of the warmest and most painful moments of their relationship were turned into their own scenes. Two EPs were made, Think of Tomorrow in 2012 and The Moment That I Knew You in 2015,  these have been rehearsals for the planned release of their debut full-length album, Antique Travelers.

Antique Travelers is a “film” with a happy ending. Widman, now a video editor and graphic artist, and Krzyston, nearly finished with graduate school, are getting married in August. “I Need You,” the first single from their album, celebrates this.

The second single ‘Solid Ground’ is about an event that happened years ago in Jaron’s life. With no cell phone, on his way from Seattle to Los Angeles, driving alone at night on the long stretch of empty interstate in northern California, his car broke down and he had to hitchhike with a trucker into the next town. It acts as a metaphor for revelations years later the search for stability, the weight of self-imposed isolation, and the struggle to accept yourself after you’ve made too many tumultuous life decisions.

Antique Travelers by Leitbur is a hazy, nostalgic and joyous synth pop adventure, made special by the interplay between Jaron Widman and Samantha Krzyston. You can almost hear them falling in love on tracks like ‘Not Just Another Girl’ and ‘I Taught You To Linger.’ This is an album to welcome summer, pour yourself a long cool drink and enjoy.

Buy new album Antique Travelers and check out all previous releases at Bandcamp.

Electro, queer love, and the ‘Glo’ of Roo