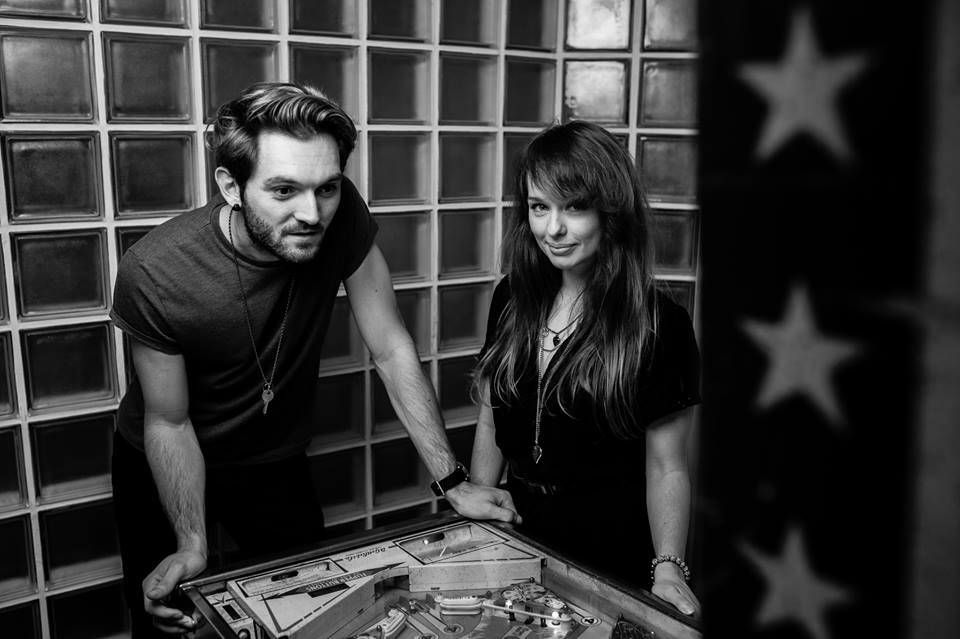 Adam Pickering and Paula Walker, also known as The Daydream Club, are one of my favourite artists to land in my inbox this year.

Having met at Liverpool Institute for Performing Arts, the duo have combined to create an EP of originality which basks in nostalgic influence from blues and root grass, combining them with fresh and outstanding vocal and harmony lines. This EP is genuine from start to finish and every note exudes feelings of soulful honesty. Through every song both vocals are as outstanding as each other, the duet uniting in harmony to make these songs irresistible to turn off.

The Daydream Club join a significant rise in recent years of male and female collaborations in all genres. These include, among others, She & Him, Sleigh Bells, Beach House, and The Civil Wars. These collaborations provide not only a range of audio opportunities but also a softer public image which could leave the listener wondering whether the clever marketing strategy  overrules musical intent. After listening to this EP there is no doubt in my mind that there is much more to Adam and Paula than aesthetics as, track after track, their musicalities intertwine to create a vocal match made in heaven.

The EP opens with the title track ‘Found’, an upbeat album opener. A brisk combination of rhythm guitar and percussion had me hooked from the off and as the catchy vocals kicked in I was soon toe tapping, hand clapping and finger clicking along. The authentic blues guitar and tempo is irresistibly upbeat and, even at the minimal breakdown the duets soothing vocals gave the track a full bodied feeling. This feeling remains throughout the EP as the duo explore a number of genres. Track Two ‘Sound Waves of Gold’ reminds me of French band Beirut due to its  hauntingly beautiful guitar melody with accordion accompaniment while the melody in ‘Remember Me’  displays shades of both Western and Spanish influence and the EP’s fourth track, ‘Fear of Wolves’, is most noticeably different; holding a more sombre tone with a slow and dramatic build up aided by the violin. In very few tracks the band are able to explore a varied and diverse range of styles, the scope of which makes them unique amongst similar groups.

Not content with the five initial tracks, The Daydream Club have also included remixed versions of their songs within the EP, adding to the stand out portfolio already on offer within ‘Found’. For a band to both write and remix an EP of such genuine talent is awe inspiring and the way in which the duet refresh and rework not only different genres but also their own tracks within the EP shows them to be of the highest calibre. With the introduction of an electronic aspect to the remixed tracks, Adam and Paula further modernise an already fresh-cut track list but, most importantly, the eclectic array of influence has created an unskippable EP which is very, very close to a masterpiece.

The Found EP will be available to download from The Daydream Club Bandcamp page on Monday 28th October.

Discover more from The Daydream Club on RCM

The ‘Street Noise’ of Tarn PK is hypnotic and genre bending