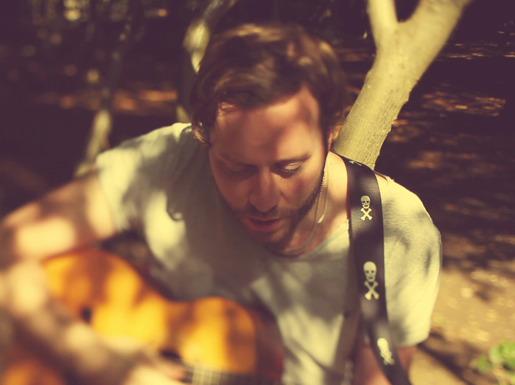 Francis Neve is a self released artist from London. Discovering his mini album, ‘The Second Time We First Met,’ was one of our new musical highlights of 2010. There’s a genuine sincerity and passion flowing from his music that hooked us in. The second track ‘Come Near’ begins all Radiohead, ‘Weird Fishes’ before growing into something quite uniquely compelling and beautiful.

That was then, this is now. ‘Dance Around The Fire’ is the new single, and lead track from an EP of the same name, which is out today. DATF see’s Neve dispense with the introspective sound of his previous offering, in favour of something really quite joyous. The track starts with a roll of drums, which sets the tone for an upbeat, feel great track. Forget about dancing around the fire, we’re off to dance around the Christmas tree!

The EP includes a second brand new track ‘I Lie’ a glitchy, dark, electro pop number, and two remixes of ‘Brian’s Drying Up,’ (taken from his previous LP) courtesy of hotly-tipped Bangatang (Remixes for Foals, Temper Trap & Kissy Sell Out) and Ruckspin.

Catch Francis Neve live, on 21st December at the Wheelbarrow in Camden.