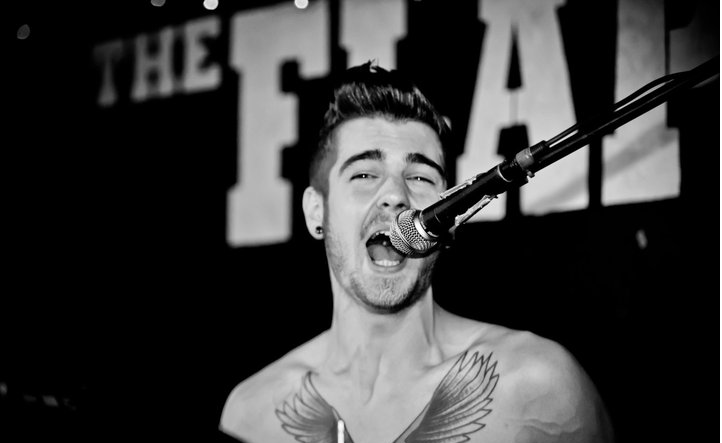 We like to mix things up , so following the delicate folk of The Paper Shades our next guest editors are Romans purveyors of ‘Hardcore n Roll’ according to ‘Leed Music Scene.’ So what are their favourite tracks of 2011?

1. While She Sleeps: ‘Be(lie)ve’  As a band, when WSS released ‘The North Stands For Nothing’, we were pretty blown away; we’re big fans of various heavy bands, but to watch a group of people do it so well, and bring something new to the table, as well as being incredible live, sort of moved the goalposts a bit. Be(lie)ve was released in the early part of this year, and it was fairly outstanding for all of us, because you’ve got amazing guitar parts, quick tempo changes, and a great hook to top it all off. A real force to be reckoned with.

2. City & Colour: ‘Weightless’ It was a bit galling for all of us when Alexisonfire split up, as they were incredible live and on record. It would seem though, that Dallas Green’s baby, ‘City & Colour’, was just becoming too much of a commercial powerhouse for the rest of the band to ignore, and tracks like this do a great job of showing off why: It’s a great song throughout, packed full of awesome melodies, and a fantastic vocal performance from the big man.

3. Amy Winehouse: ‘Our Day Will Come’ On July 23rd of this year, we were playing a festival in Birmingham, and as we stood waiting for Hawk Eyes to come on stage, news started to filter around the room of Amy’s death, something that seemed to flummox everybody in there, even at a rock festival. This track seems almost to be the perfect send off; it’s relaxed, and controlled, and let’s her music do the talking, and at the end of the day, that’s exactly what she should be remembered for.

4. Brontide: ‘Matador’ Having been around for a few years, there was a lot of anticipation over the release of the band’s first full length album, but Brontide certainly lived up to the expectation; this was the first track taken from ‘Sans Souci’, and everything – the video, the production, the loops- all seemed to tie together really well for something special. Oh, and that riff at the end isn’t bad, either.

Birmingham 4 piece Romans first came to our attention after we heard the track ‘Something Biblical’ and we’ve been hooked ever since. They are re-releasing their EP on Feb 6th, and embarking on their first tour, so watch this space and take their advice… Join the Roman army now, or be crushed in its’ wake!

The Best of 2018 As Chosen By Right Chord Music