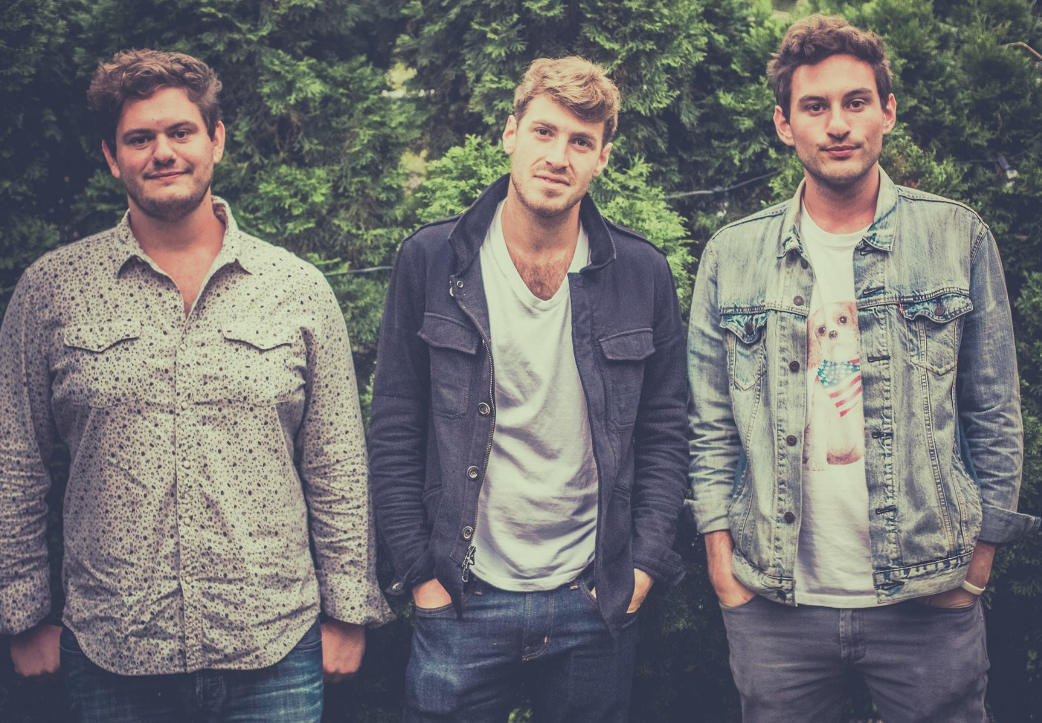 It is fair to say that at times 2016 hasn’t been a great year, not just in the (barely) United Kingdom, but worldwide (did someone say Trump?).  And whilst burying our collective heads in the sand solves nothing, sometimes a little escapism can go a long way.

Which is exactly what The Cabin from New York’s FOXTRAX provides.  Their debut EP is a wonderful mix of upbeat, happy, and melodically catchy indie-pop that seems to be able to transport the listener to a happy place, like green grass and blue skies on a summery Sunday afternoon.

Three childhood friends Ben Schneid (Vocals, Guitar), Jared Stenz (Bass) and Jon Stenz (Drums) got together after college graduation, and booked a cabin in North Carolina for five weeks where they wrote, arranged and self-produced the five tracks that would became, rather appropriately, The Cabin.

After the recording Ben Roulston (Wolf Alice, Florence and the Machine) heard the EP and reached out, providing some new production and a mix.  Brian Lucey (Arctic Monkeys, The Black Keys) offered his significant mastering skills.  The end result is an EP that went from a young band’s DIY job, to a polished and professional debut, with help from a couple of industry heavyweights.  Their sound is clearly influenced by the UK indie scene, such as Interpol (musically at least), as well as more recent acts such as The Wombats, and Catfish and the Bottlemen.

‘Underwater’ is the most radio ready, the verses propelled by bass and drums, the lead guitar providing some great hooks whilst the song revolves around the up beat chorus. ‘Dark of the Night’ starts off more low key, the drums leaning on the ride cymbal, giving a hint of shoegaze, before Schneid sings ‘In the darkest of the night, I’ll be stuck in middle, waiting for the light.’  Whilst it is lyrically ambiguous, it will certainly be a line that is remembered, as it is the catchiest chorus on the album.

‘I’ll Be Back for You’ closes out the EP, and is a bit of a departure compared to the other four songs, with a shuffling groove and an alt-country influence.  The recordings only guitar solo helps build the song to a fantastic multi-layered closing chorus, and is a great way to finish.  In general, the songs follow a fairly predictable structure, fortunately though is isn’t too noticeable.  Every chorus has a hook, the mood is upbeat, happy, and melodically warm.

FOXTRAX are certainly on the pop side of indie-pop, but not in a deliberately commercial way.  The three piece got together with the aim of writing and recording some songs in a cabin, with the hope that one day people would get to hear it.  The result is five songs that display a great deal of musical and songwriting maturity from a relatively young band.

At the very least, The Cabin should evoke a smile on the face of the listener, and in an increasingly uncertain world, music that makes us happy can never be a bad thing.

The Cabin is out now through all major retail sites, and available for streaming.