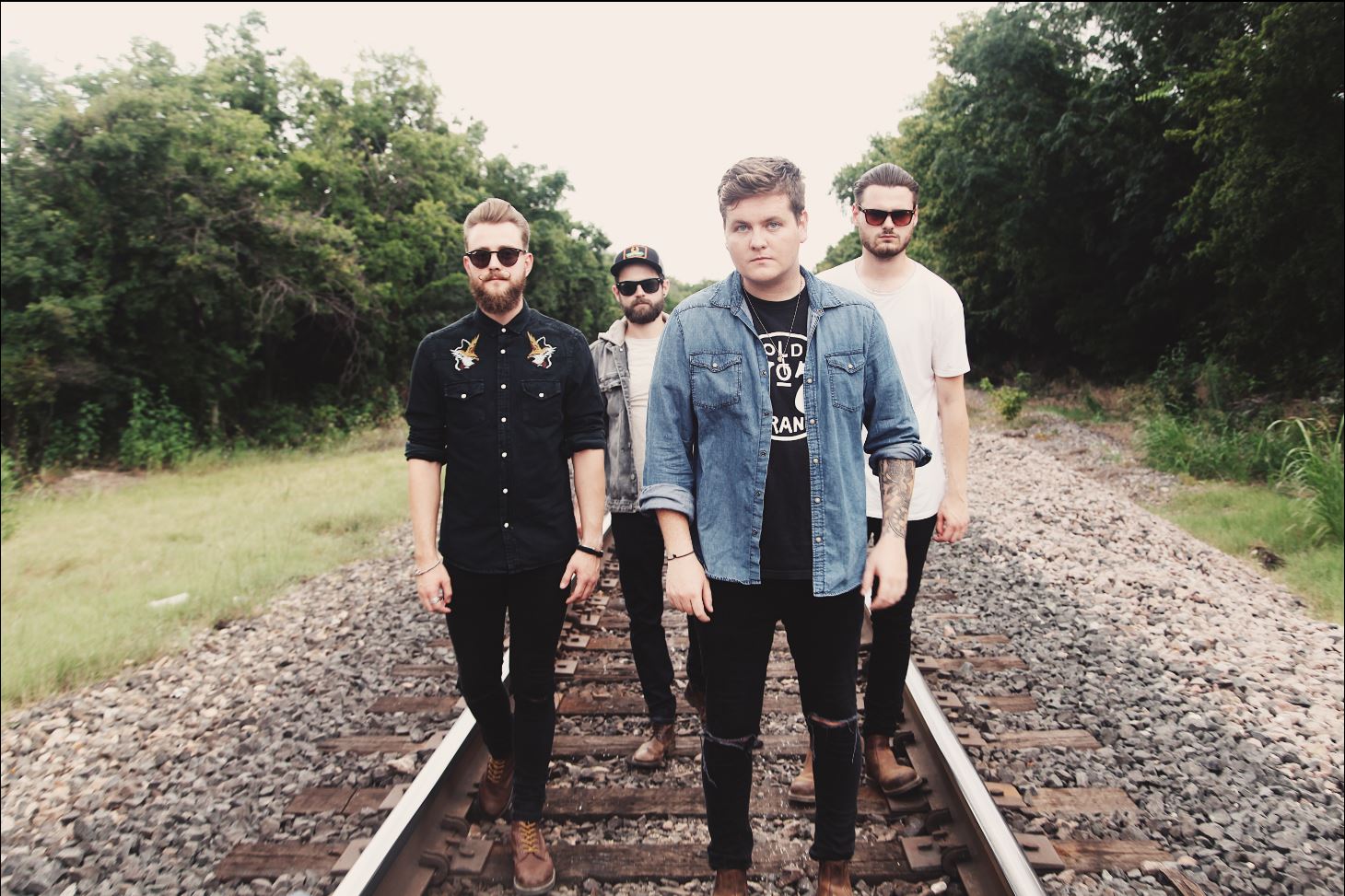 Considering the extraordinary year Broken Witt Rebels have had, it seems fitting that the end of the year will see them reach the pinnacle of their journey so far, with a debut album.

Having already released three EP’s, 2013’ This Town Belongs To Me, 2014’s Howlin’ and 2016’s Georgia Pine, their debut long player will be their first since signing to Snakefarm Records (part of the Universal Music Group).  The self-titled album features six songs off previous EP’s, plus four brand new tracks, and was co-produced by the band and Tom Gittins (who has worked with Robert Plant, amongst a long list of others).  For the many fans of the band, the wait is almost over for new music, with the album due for release on CD and digitally on November 24th, with a vinyl version to follow early next year.

Recording the new songs at Monochrome Studios in Wormleighton, the entire album was then mastered together, giving a cohesive and natural sound across all ten tracks.  Older songs include ‘Howlin’ and ‘Shake Me Down’ from their 2014 EP, along with the title track from 2016’s Georgia Pine, with ‘Low’, ‘Getaway Man’, and the remarkable ‘Guns’ also off that release.

The combination of new and old songs was always the plan, as the band explains:

“It’s a culmination of the past two years of hard work and we couldn’t be prouder of what it’s become. We’ve crafted the record to take the listener along our journey so far, and it also marks a milestone in our career as we move from the unsigned world to being with a label.”

New song ‘Wait For You’ is an obvious choice for first single, and contains the signature BWR sound, the vocal drawl, the howling blues tinged rock guitar.  However, it also shows a band whose is progressing, hardly a surprise considering the relentless touring schedule over the past 18 months.   It is subtler, more refined, placing a greater emphasis on melody and dynamic shifts rather than raw power.  The anthemic vocal harmonies and song structure, the drums in particular, show a band embracing their graduation to bigger venues and festival main stages.

The comparison to Kings Of Leon is unavoidable, such is the similarity in vocal tone between singer/guitarist Danny Core, and Kings of Leon’s Caleb Followill.  However, as the ever growing legion of Broken Witt Rebel’s fans know, this is a band that are far from imitators.

‘Wait For You’ just may be the song that allows Broken Witt Rebels to conquer the world.  Retaining their own sound, it is a song that has the right combination of edge and pop sensibilities.  With an upbeat melody and some exceptionally catchy vocal harmonies, it is sure to win over a whole new audience. With an amazing live show and a groundswell of popularity, it will only take a fortuitous placement or a high profile advocate to launch the band onto the world stage.

Another new track, ‘Breathless,’ begins with a quiet, melodic riff on a reverbed electric guitar that is a thing of pure beauty.  Core sings over the top, backed by a simple electronic drum sounds, and again demonstrating the bands range, the beginning of the song sounding like a soft soul number.  That is, until the minute mark, when the rest of the band kicks in.

The repeated line “Hey make it rain, hey leave me breathless” is sung over the loud, rock’n’roll chorus, and is a line that will stay in your head for days.  The 2nd verse drops right back to the guitar, joined quietly by the rest of the band and vocals. “Give me heart, give me soul, lose my mind, take control” is repeated in a slowly building bridge, which climaxes with a guitar solo, before the final chorus cleverly combines competing yet complementing vocal lines from both the chorus and the bridge.

If ‘Wait For You’ and ‘Breathless’ show a subtler side, then ‘Loose Change’ is the opposite.  The bands blues tinged rock is joined by a heavier element, full of big riffs and doubled lead guitar lines, Core’s guttural growl even more exaggerated as he stretches his vocal range.  The 90s rock guitar line under the chorus vocal is pure entertainment, and as an album opener, it is a statement of intent for the band, and one that must be sonic barrage live.

‘Snake Eyes’ sees the band continue their love affair with the blues tinged rock of the deep south, both with the sound and the songs lyrics, opening with “Here in the south, where the river runs high.”  An embellished southern twang accents the songs title, whilst a shuffling blues rhythm propels the rock riff.

The rapid rise of Broken Witt Rebels is in part thanks to a unique campaign, Breaking the Band, which we covered previously here on Right Chord Music.  In a short space of time, the they have moved from the smaller club shows to festival stages across the UK and Europe, including Download, Wacken, Reading & Leeds, and the Isle Of Wight, with an appearance at Rockstock scheduled for the end of the year.

Having been awarded ‘Best Rock Band’ at this year’s Unsigned Awards in London, as well as winning three awards in Music Republic Magazine’s annual Blues Awards, Broken Witt Rebels have gone from relative unknowns to the ‘next big thing’ in a short space of time.

There is still some time left, however, to catch them before they became a household name, a chance for bragging rights and a story that begins “I saw them when…”  Currently on the road, Broken Witt Rebels still have a handful of shows left in 2017, so be sure to check out the dates here.

The self titled debut is available for pre-order on iTunes, along with their three previous EP’s.  First single from the new album ‘Wait For You’ is streaming on Spotify, and the full album will be available both digitally and on CD on November 24, see the bands website for more details.