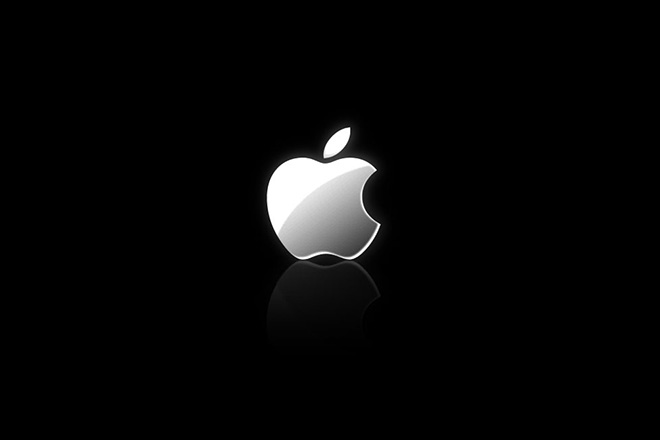 I’ve always been a firm believer that when it comes to music consumption people broadly fall into three groups.

Listeners are the most passive in their consumption habits, the music played on the radio and TV is the music they like. I specifically choose the word ‘like’ because for this group interest in music rarely peaks above a ‘like’ They enjoy music, but ‘passion’ is way too strong a word. Music comes to them, fed by major labels and mass communication channels. When they discover, they do so with millions of others simultaneously. Few of these people use Spotify because their musical needs are served by traditional radio.

The second group ‘Active Listeners’ can claim to ‘love’ music and compared to the Passives it’s easy to substantiate this claim. Music is a part of their life – these people do things with music. Go to shows, make playlists, share videos. Music is part of their conversational repertoire.

The third group of Discoverers is the smallest, it’s a niche group, and after running Right Chord Music for 4 years, it’s a group that I firmly put myself in. For this group, music is a genuine passion and while they may seem to share many similarities with Active Listeners, there are also many big differences. Rather than waiting for the music to come to them, they actively seek it out. While listeners rely on mainstream media, Discoverers relish in the new, niche, underground and obscure. They don’t go to concerts – perish the thought, they go to gigs, lots of gigs.

The above all seems probably very obvious, so what’s my point? In the week that Apple Music has been unveiled and the relative strengths and weaknesses of the service have been debated it seems to me that two fundamental questions remain unanswered.

The much-hyped Beats One radio service suggests it might be for the Passive Listeners, a digital update on traditional radio for non-stop, smartphone, streaming generation perhaps? Maybe Apple is the company that provides the tipping point moment, encouraging all of those iTunes account holders that paying for digital streaming radio is exactly what they need. But wait, why would they pay for radio in place of their beloved free to air Global Radio ‘pseudo local station’ that plays ‘the best music mix’? Let’s face it they won’t. And let’s be totally clear, our passive listeners have zero interest in making playlists, that’s what DJs are for!

So maybe Apple Music is for the second group, our Active Listeners. This makes much more sense – we know they ‘love’ music and we know they enjoy making playlists. How do we know this? Well because they are currently on Spotify. A service that costs the same, has the same major label artist content (with the current exception of T. Swift) and seemingly serves its purpose perfectly.

Listen to playlists, make playlists, listen off-line, take it for a run and listen to higher quality streams (Btw this audience doesn’t care about bit rates.) Once more it’s hard to see what problem Apple is solving for this group, and does anyone really believe asking Siri to find tracks, is solving a problem that needed fixing?

Could Apple Music – a company built around ‘scale’ really be for our niche group of Discoverers’? If you watch the marketing film you can easily be fooled into thinking and hoping maybe just maybe… this is a platform for genuine music discovery, could it actually be a service for me?!

A lack of music discovery

Of course not. Within minutes you realise ‘discovery’ really just means listening to the music you already have (and a lot more you have zero interest in – major-label pop) through a new platform.

Let’s be clear… If you are a Discoverer you don’t spend that much time on Spotify listening to curated playlists. We head to Soundcloud, Bandcamp and blogs like Right Chord Music (Hopefully). Us Discoverers also venture out on school nights, arriving early to watch the support bands in the hope of finding a gem, so we can tell our friends we saw them first. Most of the music we love isn’t even yet recorded – yet alone on Spotify. The only reason we go to Spotify is to listen to our favourite teenage albums in peace away from the incessant babble of radio DJs employed for personality over music knowledge.

While Apple unquestionable changed the world of music consumption, it was the iPod not iTunes that will be remembered most fondly among Discoverers. For us iTunes was only really a convenient place to keep ripped CDs, it was never a place for discovery and this is borne out by the stats. The large majority of sales comes from just 20% of the iTunes catalogue. iTunes is a place for Beyoncé, not Blackchords. For Discoverers like me, iTunes has had limited relevance for years, so it’s going to take more than a forced upgrade or app pre-install to re-engage me.

So where does that leave us? Apple Music doesn’t enhance lives or solve a problem for our Passive Listeners. Meanwhile, our Active Listeners are happy using Spotify or Deezer and our Discoverers are too busy actually discovering music to care.

There is two other audiences we should mention. Global mega-stars and Struggling musicians. Global mega-stars care about money and seemingly spend a disproportionate amount of time moaning that streaming services don’t pay them enough. Why is that?

Apple can’t change the artist/label contract and unless they can miraculously conquer up millions more Active Listeners who want to leave Spotify for an at best ‘me too / inferior service’ they are not going to change the world (again).

Maybe they are pinning their hopes on finding millions more Active Listeners who live in markets where Spotify hasn’t been available? Or listeners that have been living in underground caves oblivious to the wonders of Spotify?

There could just be a reality check moment ahead. People haven’t been waiting for Apple to save them from a dire streaming situation, and there are only so many people within the Active Listener segment. The only way to fundamentally get more people to pay for streaming is to offer a service that genuinely appeals to additional audience segments and solves a problem that isn’t being addressed.

So what about Struggling Musicians? Just like the Discoverers, they were hoping for something genuinely ground-breaking from Apple Music, but in reality, knew it was unlikely. No major company ever invests millions in the niche underbelly of music right?

Spotify gets a lot of flak around royalty payments to artists, but the self-released band we manage The Daydream Club thinks Spotify are amazing. Why? because without paying a plugger their music has been added to Spotify curated playlists and is now racking up around 6,000 new plays a day, they have over 2m streams and rising. For The Daydream Club, Spotify is far and away from their greatest revenue stream, forget iTunes, forget poorly paid / unpaid live shows – Spotify, yes Spotify is their hero.

But Spotify is not perfect.  One area of weakness is data, Spotify doesn’t give artists any. Who is listening? Where are they listening? This all remains a mystery. Providing artists with access to this information would help them focus their social media and make their ‘pocket money’ marketing budgets spent on promoted posts work much harder. But Spotify does help organically build a following around Struggling Artists, you can follow their page, find out about forthcoming gigs and even purchase their merch.

This might all sound bitter, but it’s not, to be clear I’m an Apple fanboy, this article was written on a Mac, and proofread on an iPad. Everyone wants Apple to succeed and continue to make incredible products, but that might just be it. Apple Music is not an incredible product, it’s an average service that lacks a core audience or core benefit.