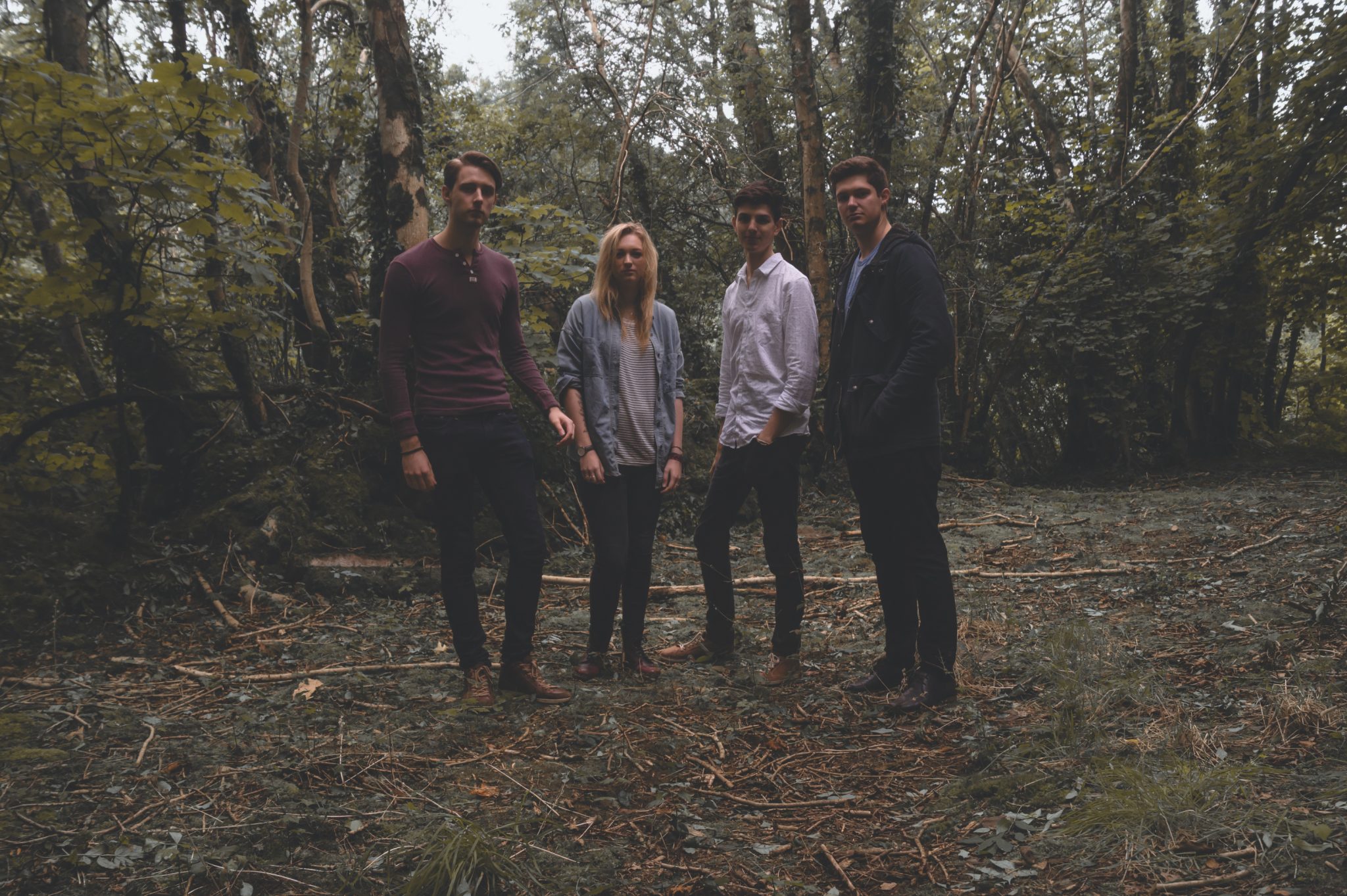 Forming at the beginning of 2017 at Lancaster University, four-piece Ruby Beach released their first single ‘Twenty Four’ not long after.  Catching the attention of BBC introducing in Lancashire, the band quickly gained a following in their home town.  Just over a year after forming, the band are releasing their debut EP, Leaves.

The indie-folk harmonies of ‘Twenty Four’, and the soul feel of second single ‘Take It Slow’ showed the young band exploring their range of sound.  New single ‘Shoulders’ is again different altogether, and is the first taste of the new EP.  In contrast to a more atmospheric sound, ‘Shoulders’ is melodic, upbeat, and features an instantly catchy chorus that jumps out and smacks you in the face, in a good way.  Inspired by the likes of Catfish and The Bottlemen, and Nothing But Thieves, the band set out to make a catchy indie-rock song, and one which quickly became a live favourite for the band.

Far from sounding forced, ‘Shoulders’ sounds like a band comfortable with a broad range of sounds and styles.  Propelled by a galloping drum beat in the verses, the song takes a short breath before launching into the chorus, with a Bloc Party inspired high guitar melody backing the uplifting vocals, “I realise that I, hold the key to my life.”

The four track EP Leaves was self-produced and recorded, and finds a band tackling the emotions associated with leaving home and facing the uncertainties of young adulthood.  ‘Shoulders’ offers and upbeat message of self-empowerment and confidence, encouraging the listener (or perhaps reminding themselves), to take and control and not let others dictate their life.

Second track ‘Out Of My Head’ quickly changes gears, with big organ sounds and subtle guitar, sounding a little like the quieter moments of The War on Drugs, certainly with guitar tone. ‘Roads’ ups the tempo, showing glimpses of the indie-folk harmonies featured in ‘Twenty Four,’ albeit with more intensity.

Title track ‘Leaves’ explores the idea of leaving the sheltered home life, and discovering that the world is full of imperfections.  Mostly centred around the vocals and a repeated picked guitar melody, the song is a five minute slow build, culminating with beautiful layered harmonies towards the end

A nice little play on words, ‘Leaves’ seems like a reference to a leaf from a tree, and certainly the wonderful EP artwork would have us assume this, however it is also a reference to leaving.  Leaving the comforts of home, heading out and exploring the world, with all the uncertainties that this entails.

Leaves has everything a debut EP should have, an upbeat and catchy first single, heartfelt and relatable lyrics, a range of sounds and styles, and some really great artwork.  All this is supported by a comprehensive online presence.  It would seem the only thing left is an engaging and memorable live show, and proof of that can be found very soon as Ruby Beach prepare to do a series of shows in support of the release.

Leaves will be out on February 24, with a launch show on the same night at The Yorkshire House in Lancaster, with further dates to follow.  Check out details of the upcoming shows here.

Get yourself a copy of the new EP Leaves through one of the following, Bandcamp, iTunes, Amazon Music, or Google Play.  It can also be streamed via Spotify and SoundCloud